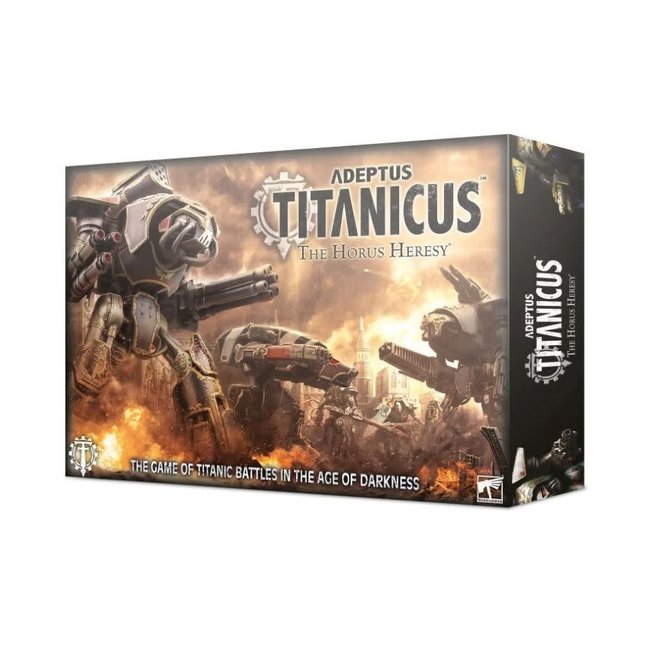 This boxed set is your perfect starting point for the game. Read more..

This boxed set is your perfect starting point for the game. It includes six plastic Citadel miniatures – two mighty Reaver Titans, two nimble Warhound Titans and two noble Cerastus Knight-Lancers. You'll also find a 96-page softback rulebook and everything else you need to start playing, including templates, cards, command terminals, tokens and dice. Build your battlegroup and join the battle for Humanity's future.

This boxed set is your perfect starting point for the game.