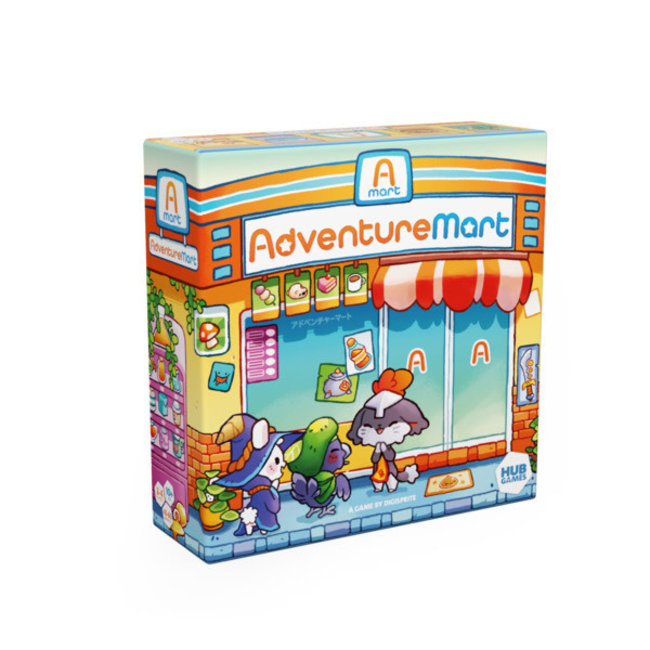 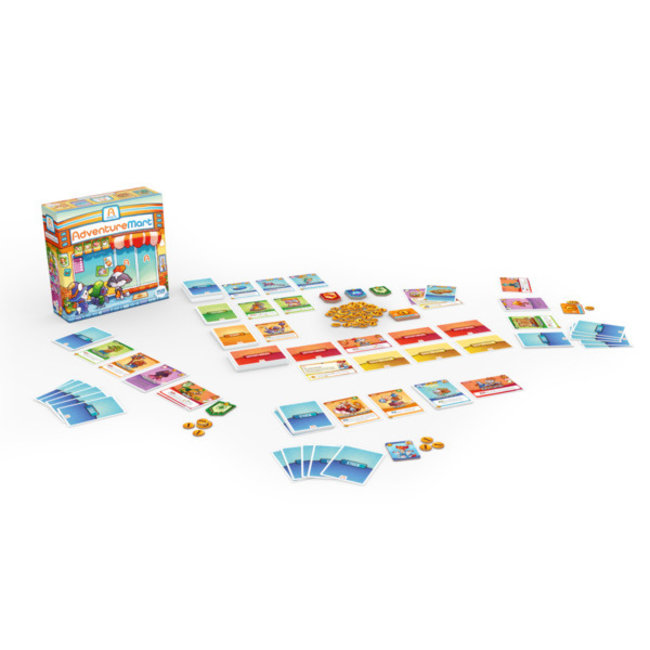 Only one thing matters when it comes to Adventure Capitalism - whoever has the most gold is the winner. Can you end up on top in this fantastical battle between warring store managers? Read more..

Idea of the Game:

Adventure Mart is a competitive game where players take on the role of managers of rival convenience stores in a strange fantasy world. Each day, Adventurers will show up at your doors looking to spend their cash… and all you need to do is tempt them with your range of wares! Will you make the most money by the end of the game, satisfying the demands of your draconic CEOs? Or will you end up in the Abyss like everyone else who didn’t make the cut?

Object of the Game:

Over the course of five in-game days, players will sell weapons and magical items to wandering Adventurers as they aim to make the most money. Using the funds they earn, they can then purchase improved stock and enhance their Adventure Marts by installing improvements and hiring staff. Combining items and using the special abilities found throughout the cards in the game will give you significant advantages over your opponents. The player with the most money (total coins added to the value of each item you hold at the end of the game) is declared the winner

Only one thing matters when it comes to Adventure Capitalism - whoever has the most gold is the winn..