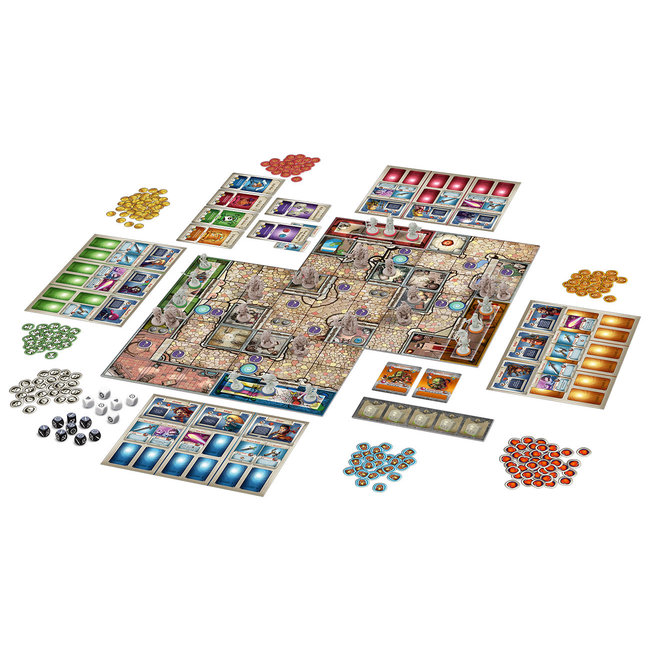 Lead your Guild and loot the Monster infested city of Arcadia! Read more..

Arcadia Quest is an exciting, adventure board game for 2-4 players created by a quartet of designers, including Eric M. Lang. Each player controls a Guild, competing to be the liberators of the city of Arcadia and, more importantly, to become the richest and most powerful Guild in the land!

Arcadia Quest combines PvE and PvP gameplay, so players battle both the Monsters that populate the board and the Heroes of other Guilds. The Monsters react to the player's actions, so there is no Game Master, everybody gets to play as Heroes. The game is played through scenarios that make up a campaign. Players can choose the path their campaign takes, ensuring that no two playthroughs are ever the same.

As their Heroes defeat enemies and accomplish quests, they become gradually more powerful and resourceful!

Lead your Guild and loot the Monster infested city of Arcadia!