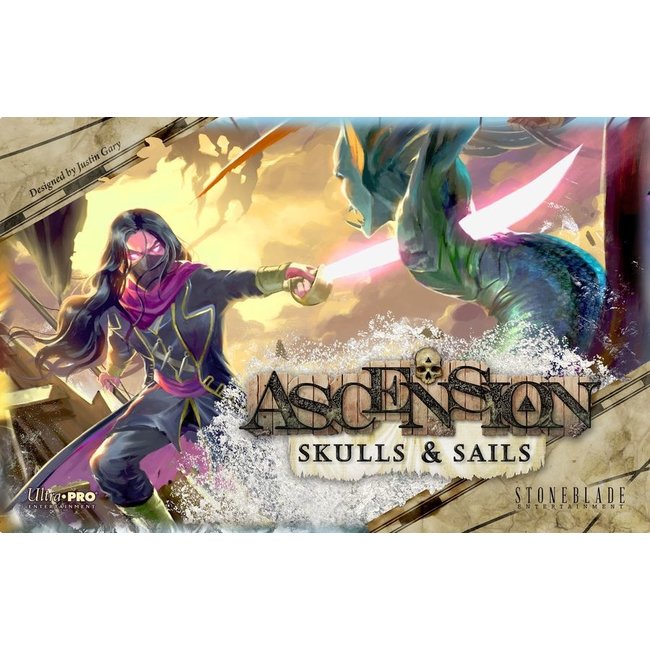 Vie for honor and take on the great kraken! Read more..

In Ascension: Skulls and Sails, players familiar with Ascension will continue to recruit powerful heroes and constructs and defeat monsters as they vie to collect the most honor. However, in addition to using runes and power to control the game, players will use a new resource, crew, to move their ship around the board map. Cast off around the board to gain an advantage over your opponents...or to challenge, Thukal, The Kraken!

Vie for honor and take on the great kraken!