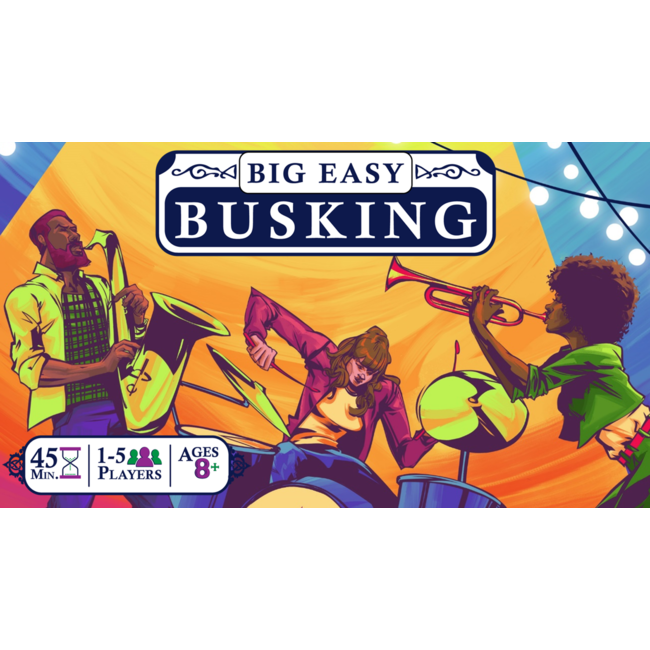 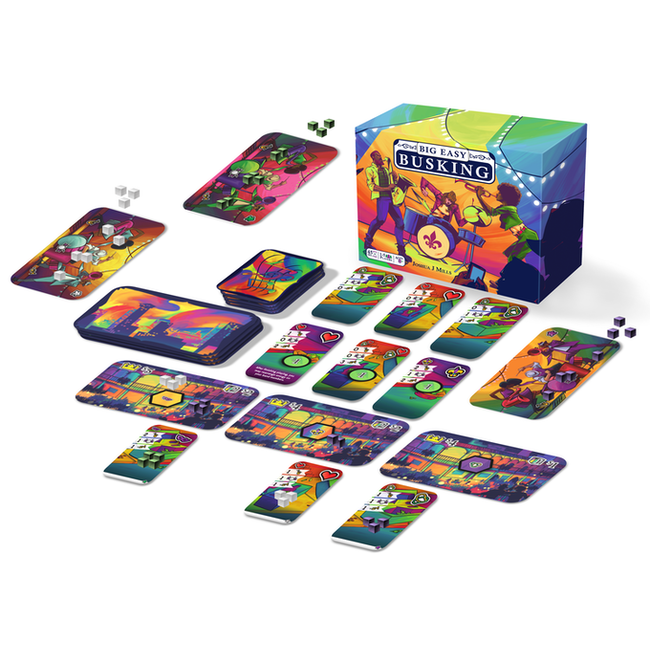 Big Easy Busking is an area control game for 1-5 players about being the best street musician in New Orleans. Read more..

Big Easy Busking is an area control game for 1-5 players about being the best street musician in New Orleans. The game is played over three days, where players choose which locations to play their set of songs. It takes time to play a song, so players decide on their next turn whether they're going to use all of their energy at the location or to only use some of it to save the rest for later songs. If a player matches the mood of the people with the song that they're playing, they can get bonus tips!

Escalating Rounds: The game starts with three locations players can play at, but by the final round, there's five locations so players have to choose where to play wisely!
Engaging Gameplay: Players determine how much energy to allocate to each location after seeing how other players play, so players pay attention to what happens between their turns.
Thematic Actions: Songs require differing amounts of energy from musicians and players are rewarded greatly for playing the songs that the crowd wants to hear.

Decide whether you want to try to get a few tips from the crowd at every location or if you really want to win over a particular crowd in this musical game of area control!

Big Easy Busking is an area control game for 1-5 players about being the best street musician in Ne..