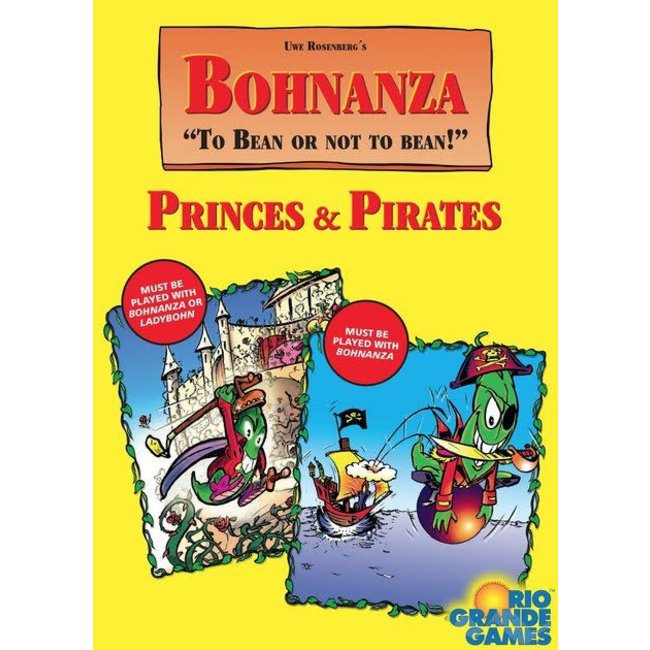 With the Pirates expansion, Bohnanza goes to sea. Read more..

With the Pirates expansion, Bohnanza goes to sea. With Bohnanza, when players harvested beans they immediately sold them for gold coins. With Pirates, players may load their harvested beans onto ships which will deliver them to other markets for higher profits. However, there are pirates on the sea and they lie in wait in their pirate ships to capture the cargoes of merchant ships carrying beans.
Pirates must be played with the Bohnanza basic game as this has the components necessary for up to seven players. Except for changes to the rules described herein, the game is played the same as basic Bohnanza.

Bean princes make their way to sleeping beauty in the king’s castle. They wrestle through thick, overgrown bean vines and must fulfill difficult tasks. The prince who reaches the Castle and has the most gold coins, may kiss sleeping beauty to awaken her, and win the game.
Princess must be played with Ladies or with Bohnanza. Players are expected to know the rules of these games to play Princess.

With the Pirates expansion, Bohnanza goes to sea.