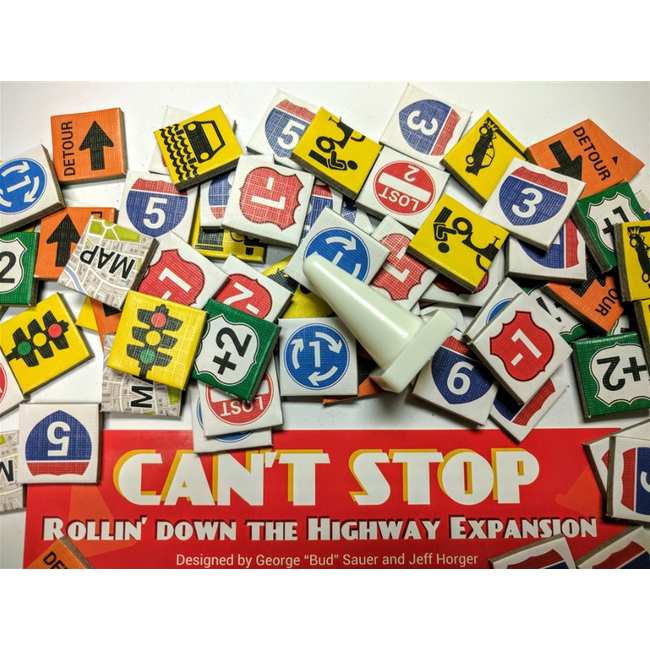 Can't Stop: Rollin' Down the Highway is an expansion for Can't Stop. Read more..

Can't Stop: Rollin' Down the Highway is an expansion for Can't Stop by George "Bud" Sauer and Jeff Horger that adds 72 tiles that are placed on the Can't Stop board before play starts. (You will need the base game of Can't Stop to play.) When a player stops the player checks their white markers and if there is a tile in the space they follow the rules to resolve the tile (including revealing any new tiles). The tiles have several different abilities including:

Can't Stop: Rollin' Down the Highway is an expansion for Can't Stop.