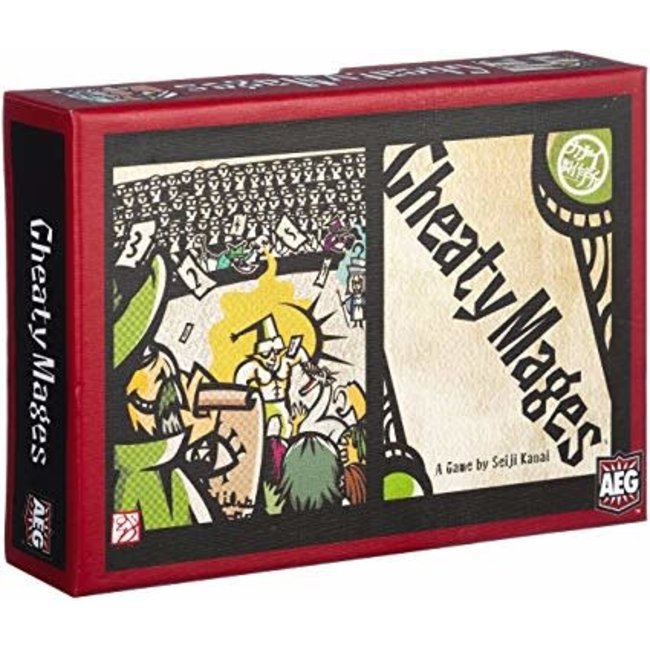 From across the land, spectators come to watch the arena battles of mythic creatures, and not a few coins change hands on the outcome! As a powerful mage, you have the chance to influence the outcome through arcane means. But beware, other practitioners of the arcane may be in attendance as well, and they have their money riding on other fighters.

The card game Cheaty Mages puts you in the role of a wizard who has come to watch and bet on monsters fighting in an arena. Of course, you have all of your spells to help the monsters you've bet on win (or harm the monsters fighting against yours) – but then again, so do all of the other players, too! What's more, judges line the arena during combat and if players push things too far with their cheating spells, a judge might intervene and dispel – or even eject – the fighter! Who will walk away with the largest pile of gold?

Players wager on battling wizards — and maybe help them cheat a little!