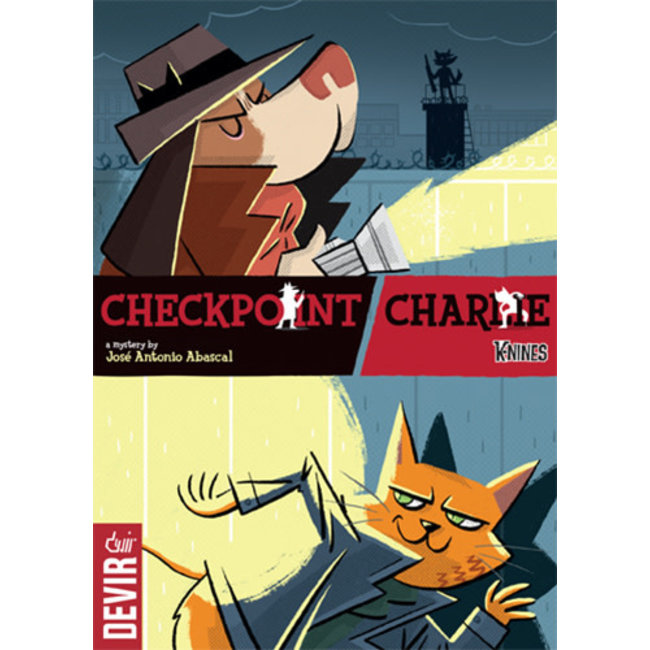 Be the first to find the Chief of spies and become the best hound dog in Checkpoint Charlie. Read more..

Checkpoint Charlie is a game of observation, deduction, and mental agility. Watch all the suspects carefully and find out which of them is the chief of spies using the clues that you and the other investigators uncover. Be the first to find the chief of spies and become the best hound dog!

In the game, each player receives a clue that reveals one out of five possible traits of the chief of spies. Each player keeps revealing cards, indicating whether each character is a suspect or not. As the game progresses, players gather more and more clues to lead them towards the chief of spies. This chief of spies will coincide with five out of five possible clues, and his aides will match four out of those five. Whoever accuses the chief of spies on time gets the most points. Players who accuse the aides will also earn some points, while the other players might not receive any points at all — or even negative rewards. The game includes two optional rules that add more strategy to the gameplay.

Checkpoint Charlie is set during the cold war, and the subject of detectives and spies is applied using cartoon-stylized dogs and cats.

Be the first to find the Chief of spies and become the best hound dog in Checkpoint Charlie.