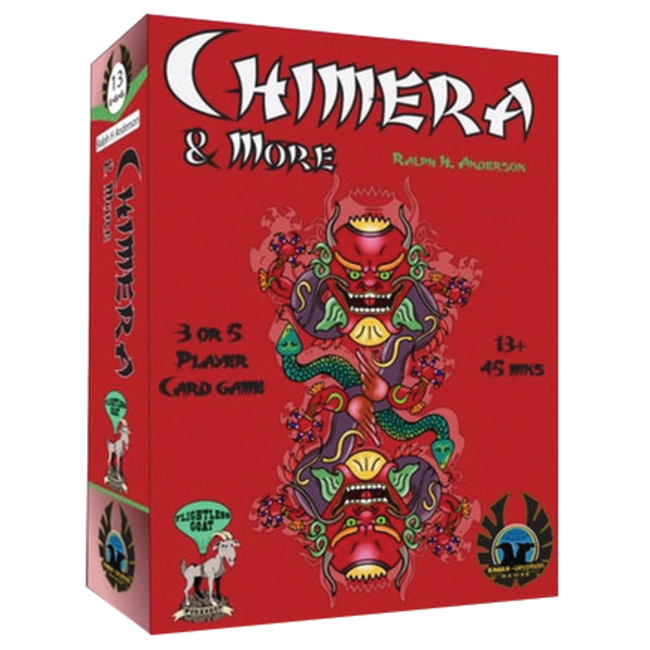 Chimera & More is composed of two games — one for three players and one for five players — with each game being similar to climbing- and shedding-based card games like Tichu, The Great Dalmuti, Big Two, and Beat the Landlord.

Chimera for three players is a game of two against one. In each hand, one player bids to be Chimera and the other two players team up as the Chimera Hunters to defeat this player. Players compete for points in several hands of play, and the winner is the player who scores the most points once the designated point score is reached by one or more players. Chimera is normally played to 400 points, although longer or shorter games may be played. Chimera for three players was previously published as Chimera by ZMAN Games.

Manage your hand carefully and prepare for strategy fused with traditional cards!