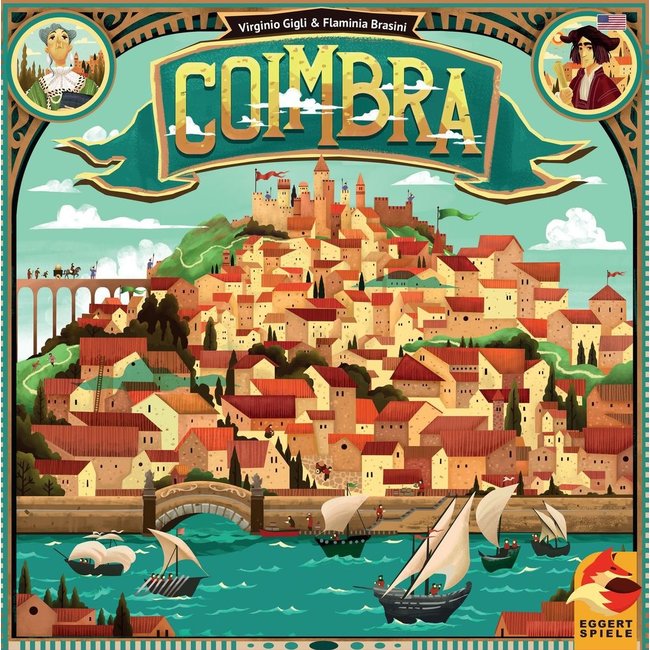 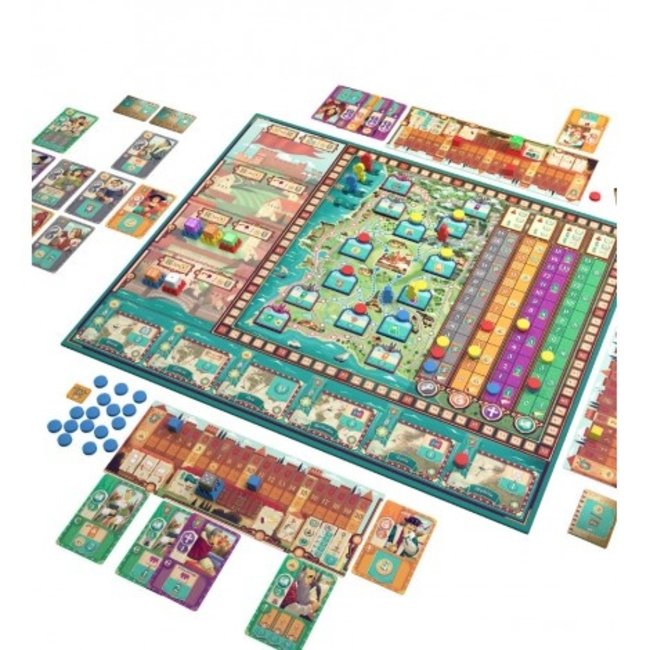 It is the Age of Discovery and Portugal’s largest cities are prospering: Lisbon, Porto, and especially Coimbra with its famous university. Read more..

As the head of one of Coimbra’s most wealthy houses, you seek to earn prestige during this prosperous era. In an effort to garner the best reputation, you must clinch favors from the city’s most influential citizens - clerics, scholars, council members, and merchants - with a bit of coin or a little extra protective detail.

While there are many paths to victory, the best of players will always seek to optimize their opportunities with every roll of the dice. Coimbra introduces a unique dice mechanism wherein the dice players draft will be utilized multiple times every round in various aspects of decision making. Combined with ever changing synergies between available tiles and cards - no game of Coimbra will ever be the same!

It is the Age of Discovery and Portugal’s largest cities are prospering: Lisbon, Porto, and especi..