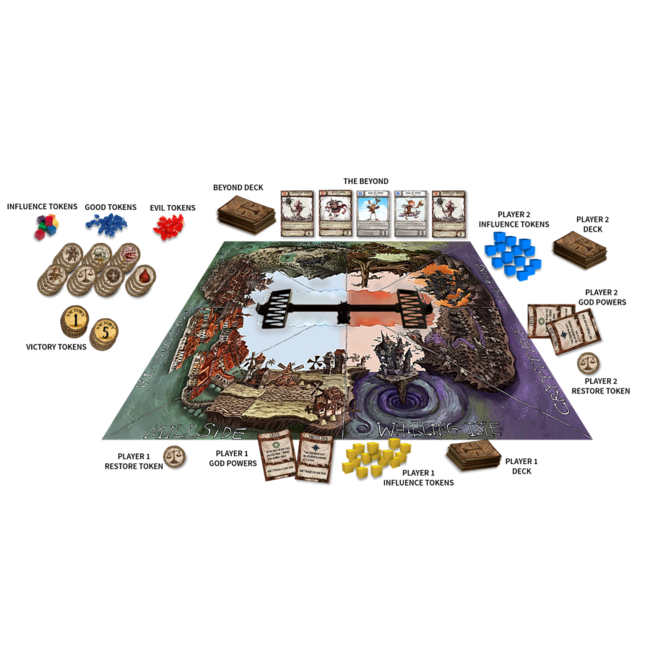 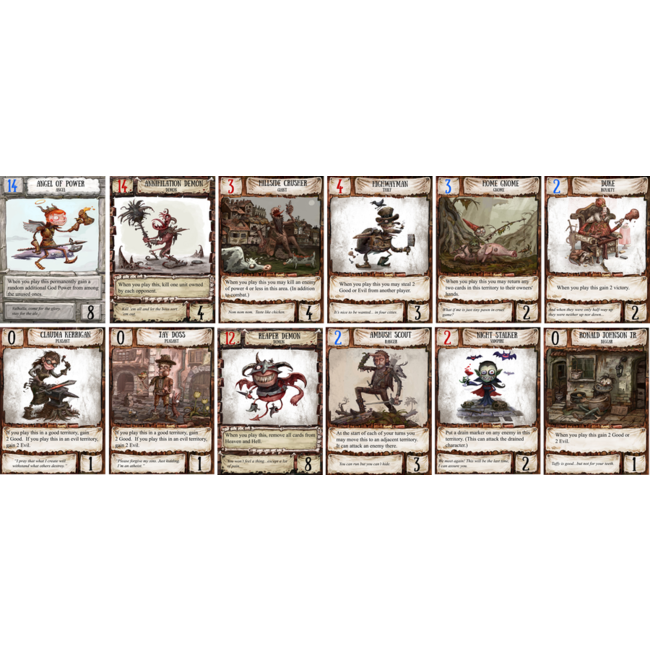 Tip the scales and open the gates of Hell or Heaven! Read more..

Cosmic Balance is a hybrid board/card game of battling gods, angels, and demons for 2-5 players. It takes under an hour to play. Your cards become the fighting units that conquer and control territories. You get Victory Points from each territory you control at the end of your turn plus bonus points from Angel and Demon cards. The player with the most Victory Points when the supply runs out wins!

The game features a large scale in the center of the board, with a discard tray on each end representing Heaven and Hell. Since you're a god you decide whether to send defeated cards to the Heaven discard tray or the Hell discard tray. The scale tracks how many defeated enemies have been sent to Heaven or Hell. Tip the scales and open the gates of Hell or Heaven. When the gates of Heaven are open, you can more easily summon angels from The Beyond to fight for you. The same is true for Hell and demons.

Before playing, each player selects two god powers and factions. God powers are special abilities that break the rules and factions are the cards that make up each player's deck, such as vampires, knights, wolves, merchants, farmers, giants, shepherds, or thieves.

Tip the scales and open the gates of Hell or Heaven!