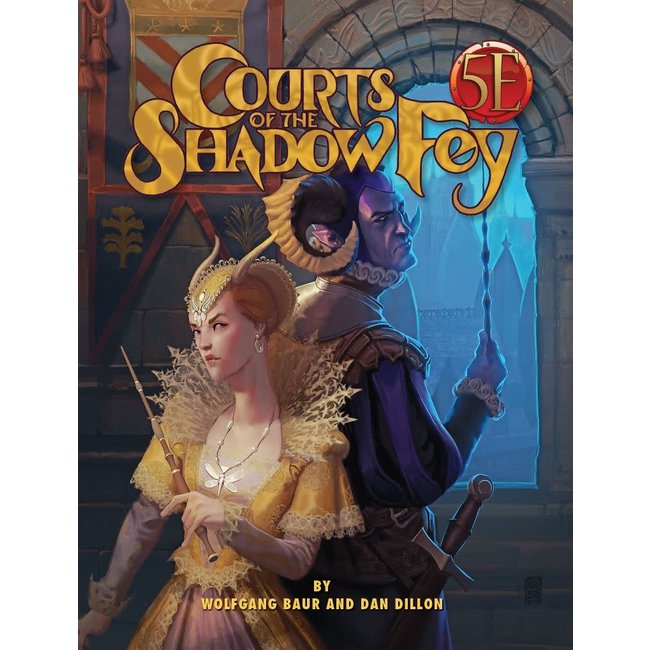 The Free City of Zobeck has thrived since overthrowing the tyrannical Stross family. But an ancient bargain gives the Queen of Night and Magic a claim to the city—and now the shadow fey have seized Zobeck as their own. The city’s only hope lies with a band of heroes who can outfight and outwit the shadow fey in the heart of their own realm: the maze of treachery and deceit that is the Courts of the Shadow Fey.

This 148-page 5th Edition adventure contains 100 NPCs, a map with more than 60 locations of the Courts, and more than 40 combat and roleplaying encounters. Courts of the Shadow Fey takes you from the mortal world to the heart of Shadow, where you’ll:

Can you free Zobeck from the grasp of the shadow fey? Or will your fate become a tale told in hushed tones as a warning against angering the Queen?

Intrigue & Adventure in the Shadow Realm!