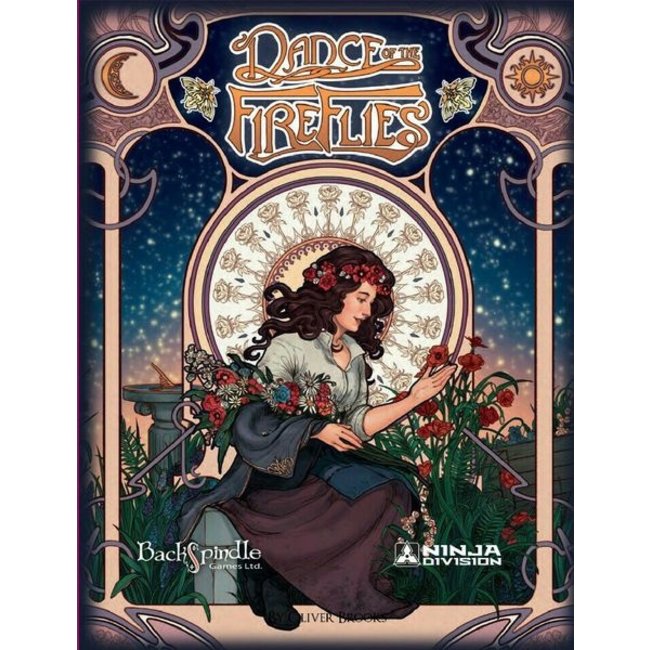 A sneaky set collecting game for green thumbed gamers who aren’t afraid to get their hands dirty Read more..

Dance of the Fireflies' is a 2-6 player card game in which players striving to be the next royal gardener bid on flowers around a sundial in an attempt to create the most beautiful gardens and win the coveted title.

In the game, each player is allocated a set of seven fireflies, one of them being a royal firefly, more powerful than the regular fireflies. Each round, the players bid on flowers in the flower clock using their fireflies. They can also plant a flower from their hand into one of their gardens, secretly bid a royal firefly, and also discard one of the cards in their had to the compost heap so they can bid a second firefly on the flower clock. Each of the six types of beautifully colored flowers has a special ability which players can utilize to form combos and add benefits to their play. Additionally, orchid/weed cards can be bid on, and these allow players to add bonuses to their gardens or attack an opponent's garden.

A round ends once all players have taken their turns and drawn back up to three flowers in their hand and the sundial has turned one card clockwise to see which flowers are coming off the flower clock that round. Once all the flowers have been exhausted from the potting shed (i.e., the draw deck), the game ends and points are totaled for flower beds created to see who wins and becomes the next royal gardener.