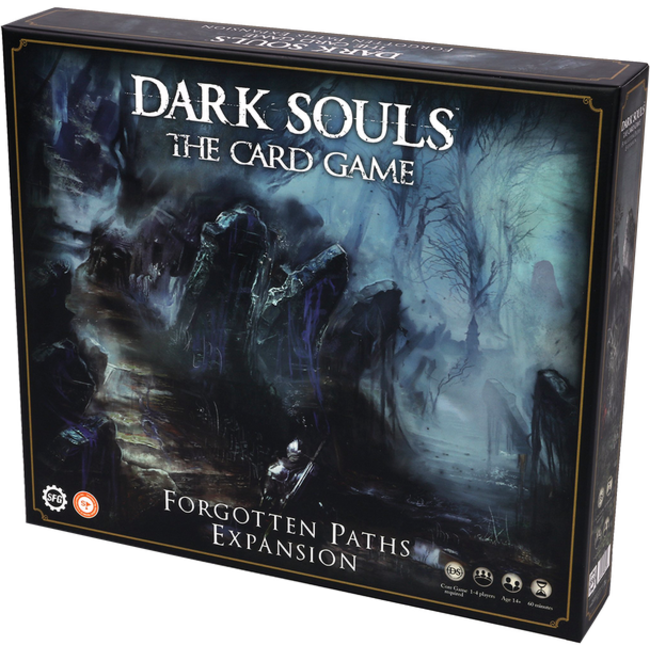 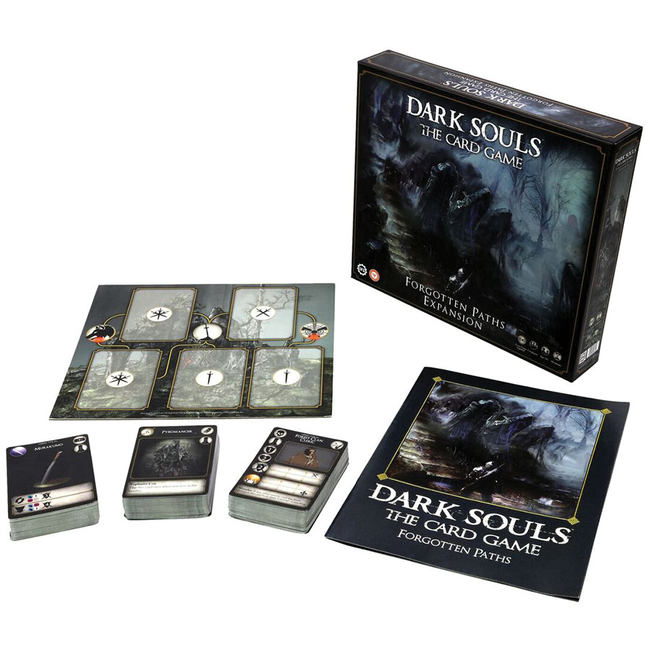 Four distinctive, unique bosses and a brand-new exploration board provide thrilling adventure for even the most experienced players of the core game. Read more..

The myriad paths of this sprawling world are legion, each one branching out into a thousand others. Many of these paths are peaceful, untouched by the wars that rage around them. This journey, however, will take you to far darker places.

Forgotten Paths is an expansion for Dark Souls™: The Card Game. This expansion features exciting new encounters, powerful new enemies, and all-new rules for terrain and traps to ensure that every battle is a fresh challenge. Four distinctive, unique bosses and a brand-new exploration board provide thrilling adventure for even the most experienced players of the core game.

To aid you in conquering these trials, this expansion also includes brand-new, powerful weapons and equipment as well as providing two completely new characters to play, the Pyromancer and the Thief, both of which bring their own playstyle to enhance your Dark Souls™ experience.

A copy of Dark Souls™: The Card Game is required to play with this expansion. Warning, not a toy! Not for use by children under three years old. 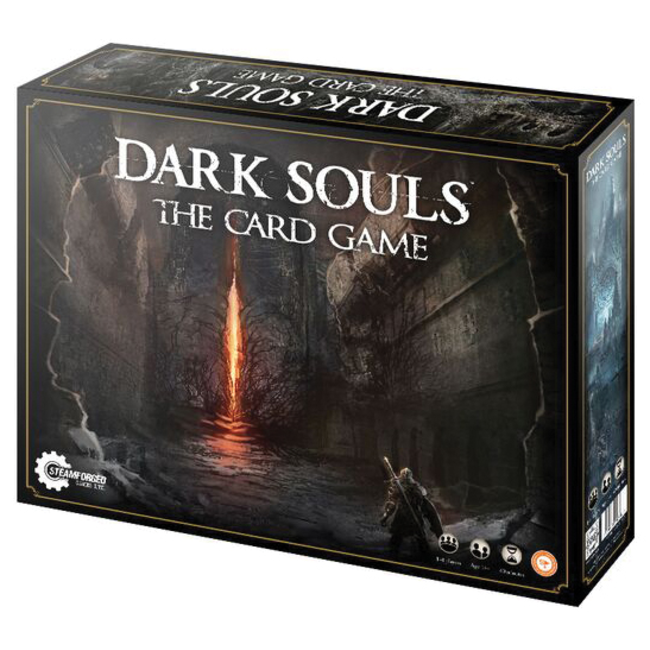 Adapt your deck, evolve your strategy, and prepare to die.
$43.99