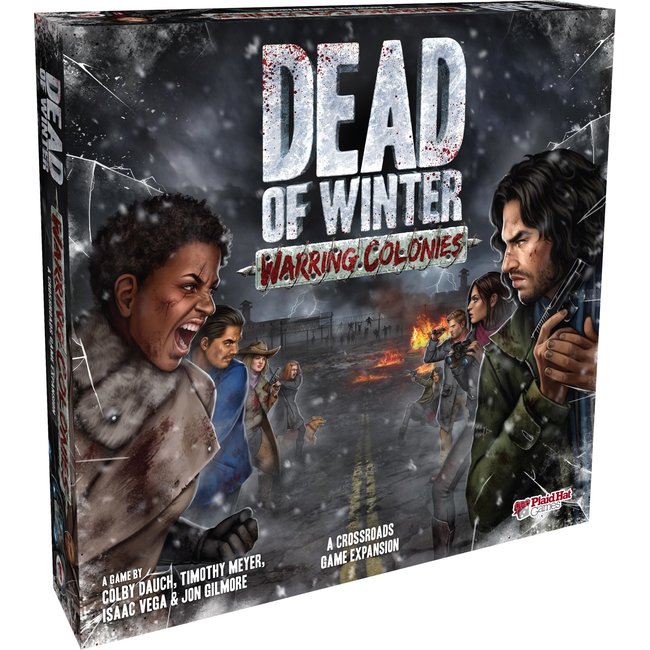 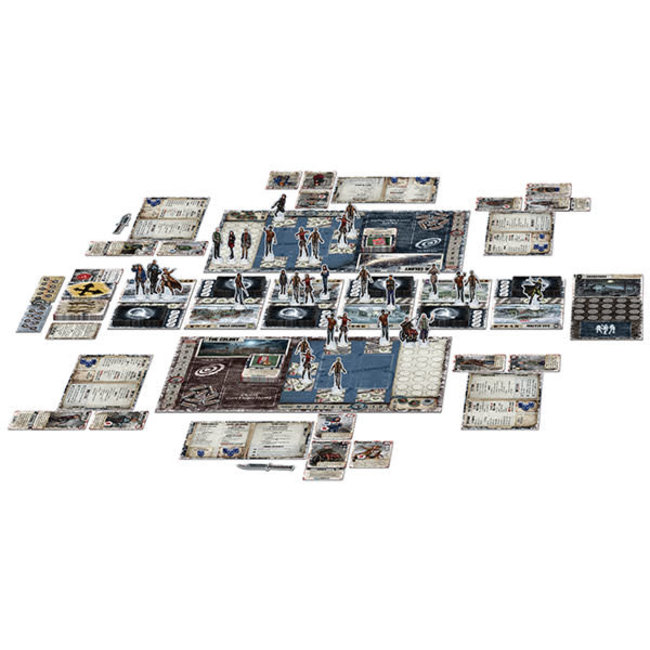 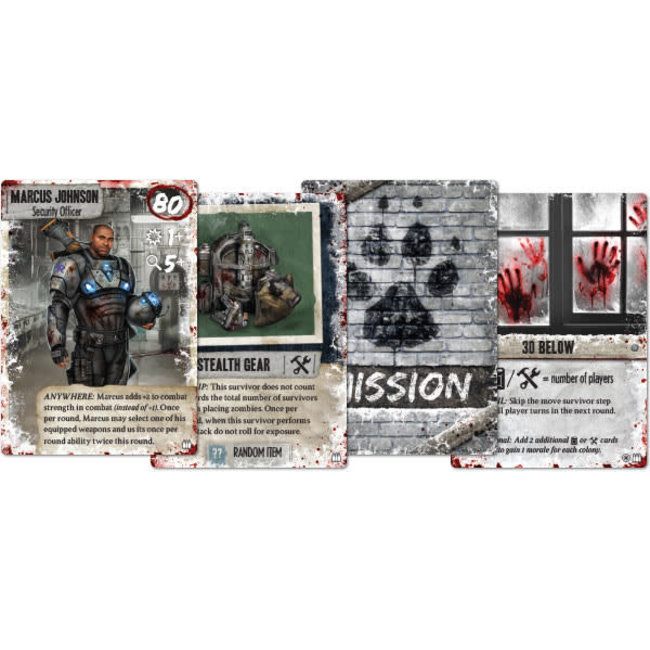 We were suspicious when they arrived across town and set up camp, but we tried to live in peace. No more. They've taken too much from us. Too much that we can't get back. It's time for revenge. It's time for war. Read more..

The Dead of Winter: Warring Colonies expansion includes 15 new survivors, 50 new crossroad cards, 43 new items, and 11 new crisis cards, many of which can be used with either Dead of Winter base set. However, to play either the warring colonies variant or the lone wolf module, you need both Dead of Winter: A Crossroads Game and Dead of Winter: The Long Night.

In the warring colonies variant, which is for 4-11 players, unique main objectives set two colonies against each other as they battle for territory with a new fighting system that includes tactics cards, bullet tokens, and 12-sided combat dice. New and terrible joint-colony crisis cards force cooperation and coercion every round. New simultaneous turn mechanisms and a sand timer keep things moving at a brisk pace.

With the lone wolf module, which can be used with the warring colonies variant or on its own, one player is on a team all by themselves, hiding out in their lone wolf den and carrying out missions that affect both teams. 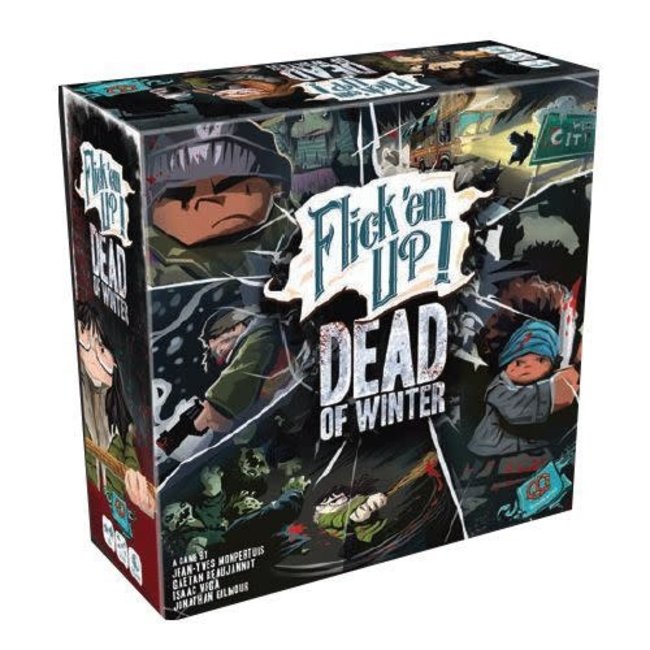 Flick'em Up!: Dead of Winter 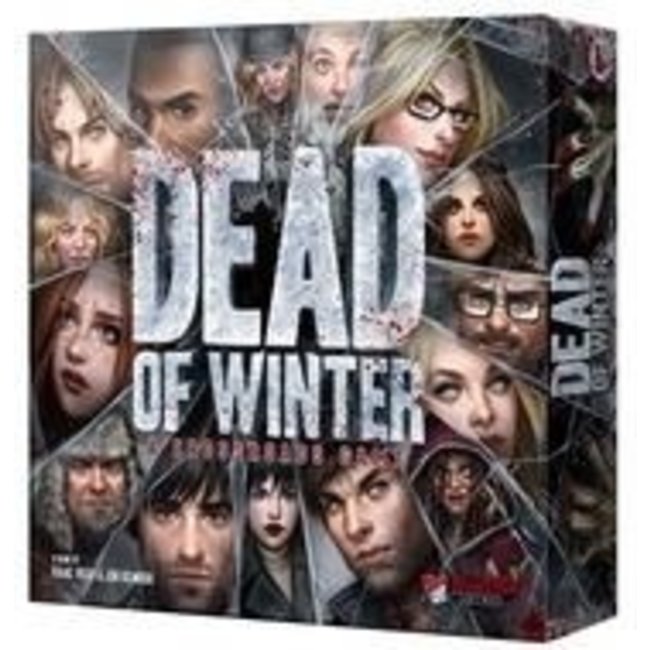 Dead of Winter: A Crossroads Game

As you struggle to keep survivors alive, how will you value group vs. personal n..
$57.96 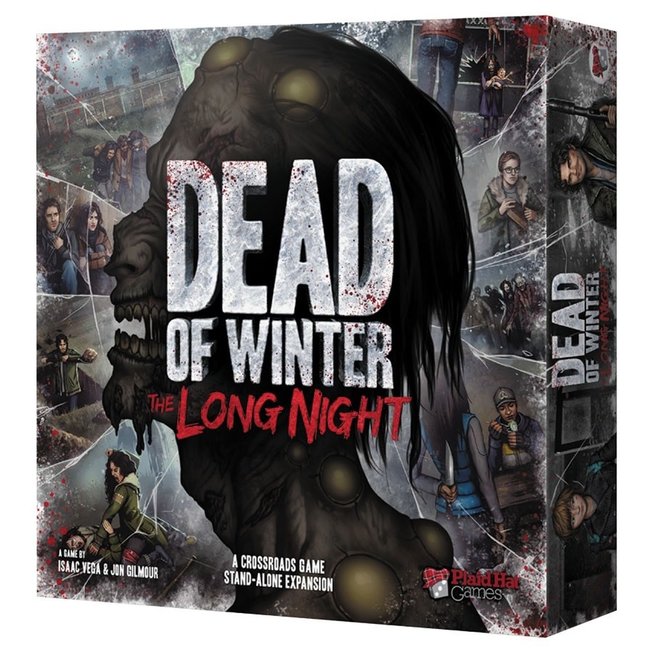 Dead of Winter: The Long Night

A new group stands alone against the undead, bandits, and the horrors of Raxxon!..
$49.99

Will you compromise your integrity to ensure the safety of your crew? Will you v..
$79.99

We were suspicious when they arrived across town and set up camp, but we tried to live in peace. No ..

Flick'em Up!: Dead of Winter

Dead of Winter: A Crossroads Game

Dead of Winter: The Long Night