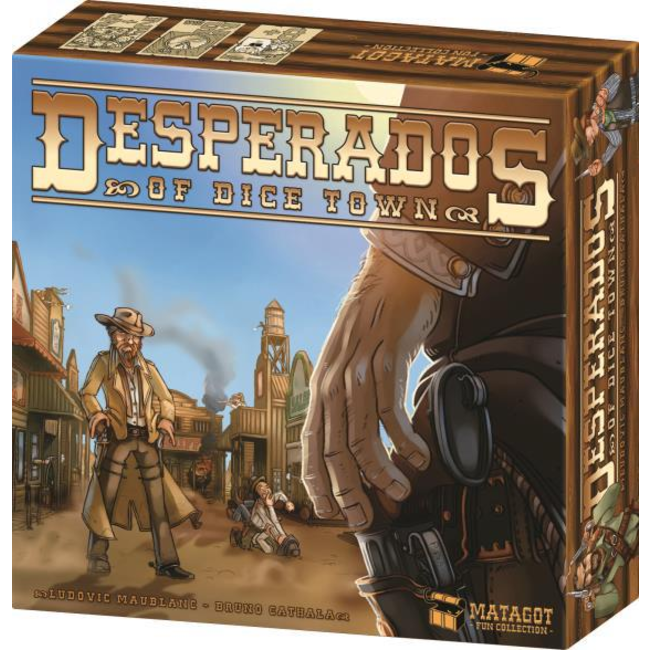 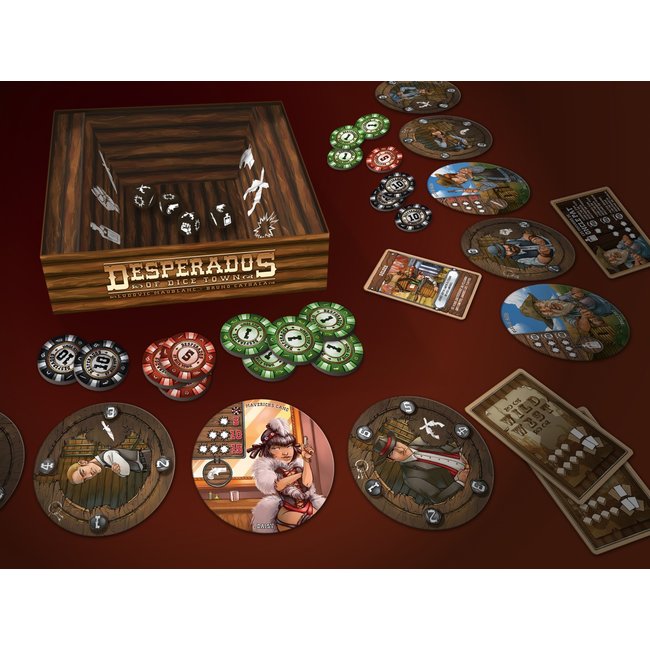 Free your gang of bandits, neutralize your rivals, and leave town with your pockets full of dollars! You will have to be smart and merciless, but always in a good mood! Read more..

In the Wild West, the law of the strongest is often the best! Free your gang of bandits, neutralize your rivals, and leave town with your pockets full of dollars! You will have to be smart and merciless, but always in a good mood!

Desperados of Dice Town has the same setting as the Dice Town game from the same authors, but this is a prequel of sorts, with players now trying to free their fellow bandits from jail in order to do any number of ill-considered deeds. We'll figure that out later, though — first, let's free some desperadoes!

Each player has five desperadoes in jail at the start of the game, each with a different symbol on them. On a turn, you roll four dice up to three times, putting aside any dice you want to save. If you combine a "hit" with a symbol on a desperado, you rotate that desperado disc, moving him one step closer to freedom. Each desperado requires a different number of steps to reach freedom, and once free, when you hit that same desperado, he now robs money from the other players.

Certain dice combinations allow you to draw multiple bonus cards and choose one or two that you like, and if you skunk out and don't do anything else, you take the top card as compensation. The cards let you take special bonus actions like not paying opponents and using symbols in different ways.

Win by freeing all of your desperadoes before anyone else or by being the last one in the game.

Free your gang of bandits, neutralize your rivals, and leave town with your pockets full of dollars!..