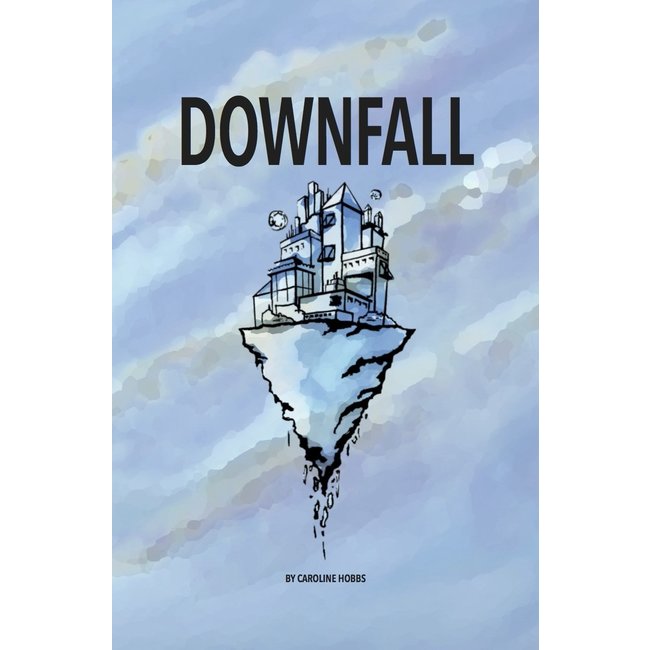 table-top role-playing game for 3. No GM, No dice, No prep. Read more..

In Downfall, you choose a Flaw you want to explore and build a unique and irredeemably broken world around it. See how Greed destroys a city, how Loyalty corrupts a kingdom, or how Curiosity betrays a galactic empire. You'll craft traditions that bring your society to life, then see how it all comes tumbling down.

The game works in any kind of setting, from mythical fantasy to the real world to high-flying science fiction. It's made to tell a whole story in a single 2-4 hour session and doesn't require preparation, dice, or a GM.

"The magic of Downfall isn't that you build and destroy a world in a few hours — that’s easy! — it’s that it creates a place and people you actually care about, even as you lovingly take turns burning it to the ground…” -Ben Robbins, creator of Microscope, Kingdom, and Follow

You build your setting together, creating a rich physical and cultural landscape to destroy during play. If you enjoy world-building, you'll love making a society in Downfall.

You begin by choosing a Flaw—something like greed, complacency, or loyalty— to serve as the theme of your game. This long-ignored Flaw has finally surfaced to show its teeth. Though the Flaw has always been there, it is just now beginning to destroy everything it created.

Then you create a detailed set of traditions, practices, and beliefs that your society holds dear. These are the pieces you will break throughout play.

"Downfall is, hands-down, the best game I’ve seen at giving you structured, step-by-step tools to build a culture that doesn’t feel like an off-the-peg genre exercise, is fleshed-out enough to be navigable and intriguing, yet doesn’t take the entire game to set up. It produces worlds that are genuinely unexpected, without requiring any vast leaps of creative brilliance." -Sam Kabo Ashwell of These Heterogenous Tasks

We role-play to explore the collapse of the world, shaping the destruction of our home through our characters. You'll tell the story of a Hero who tries to save their home, and fails.

In Downfall you take turns as each character in the game, so everyone is at the center of the fiction. The decisions you make throughout the game lead to a unique and memorable collapse of a civilization.

Even though you fail to save your world, the story you tell of its destruction will remain forever.

table-top role-playing game for 3. No GM, No dice, No prep.