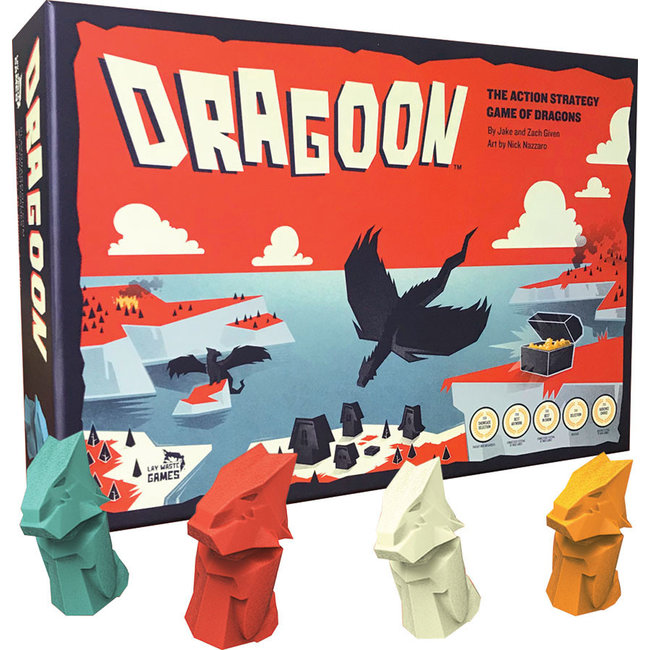 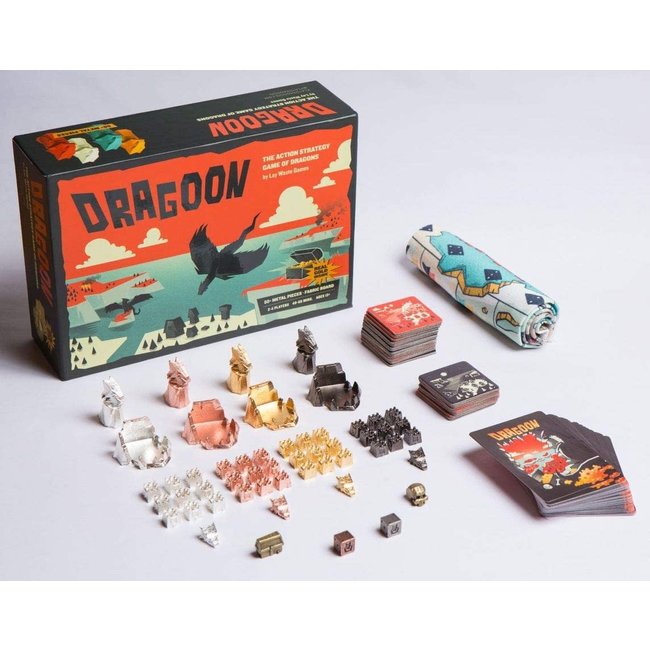 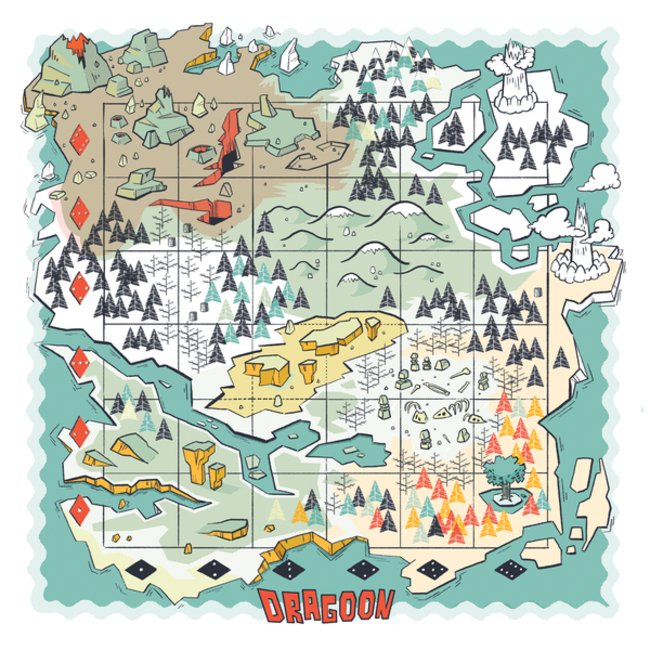 Conquer and raze settlements as a ferocious dragon while defending your own hoard! Read more..

You and your fellow Dragons have lived peacefully on your island...Until now. The Invasion of humans has awakened your instincts to dominate and hoard as much gold as you can get your claws on! Dragoon is an action strategy Game with an ever-changing landscape. Village and city tiles populate the map each round using a coordinate system. During your turn, choose between claiming villages and cities that pay you tribute, or destroying them out right for instant gold.

Challenge other players in dragon-to-dragon combat before they lay waste to your empire or enter your cave to steal your riches. You're never out of the Game until the last gold coin is snatched up! When Game night strikes With a mixed experience Group, dragoon is quick to learn and get started. Gaming Vets and newcomers alike can have fun competing as 2-4 playable Dragons.

Conquer and raze settlements as a ferocious dragon while defending your own hoard!