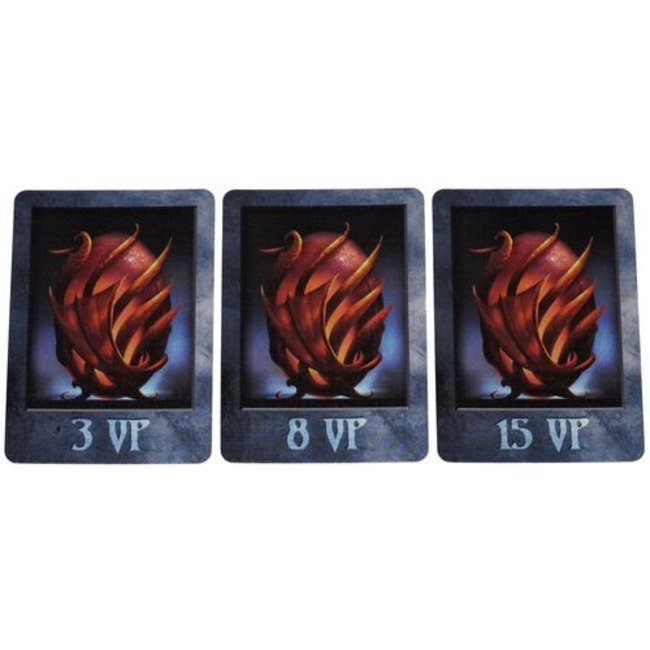 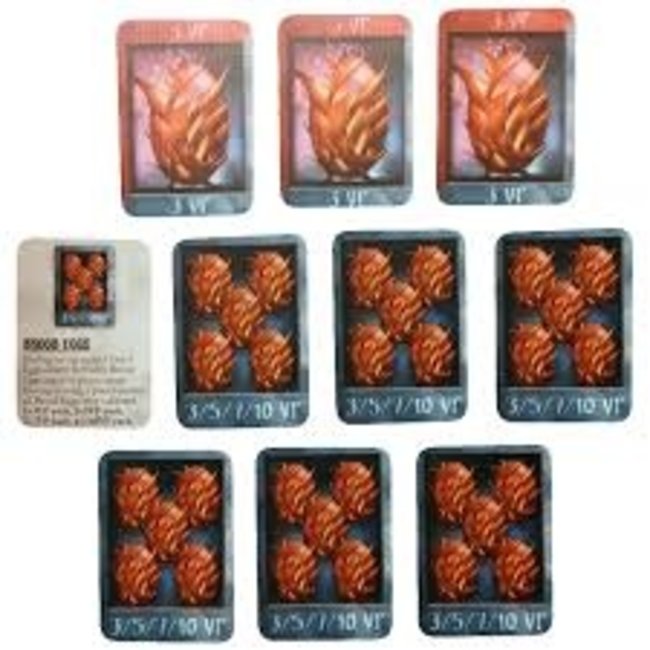 The Triumvirate Eggs Eggspansion: A fun way to spice up the Egg Deck with some new and fun choices. There are only three Triumvirate Eggs in the deck and if you collect one by itself it will explode... but get another one and they stabilize and become Good Eggs!

The Brood Eggs Eggspansion: The Brood Eggs are a larger set of Eggs that can be mixed into the Egg Deck. One by itself isn't worth much, but the more of them you collect, the more they are worth!

Eggs and Empires is a fast-playing card game from Matt Riddle and Ben Pinchback, the designers of the hit game Fleet! Outwit your opponents to collect as many Dragon Eggs as possible! Players use matching decks of Empire Cards that contain Adventurers numbered 1-10. On each turn, all players will select one card from their hand and play it simultaneously in an attempt to collect Good Eggs that are worth VP while avoiding the nasty Exploding Eggs that lose VP!

Typically, the player who played the highest Adventurer chooses an Egg first, then the player with the second highest Adventurer picks an Egg, and so on until all revealed Eggs are collected. Ah, but it's not that simple! Each Adventurer has a unique power that can affect the order in which Eggs are selected. The powers interact in strategic and awesome ways so that every hand is exciting and different. Just make sure to stay away from those wicked exploding eggs!

10 card expansion for Eggs and Empires including two smaller expansions!