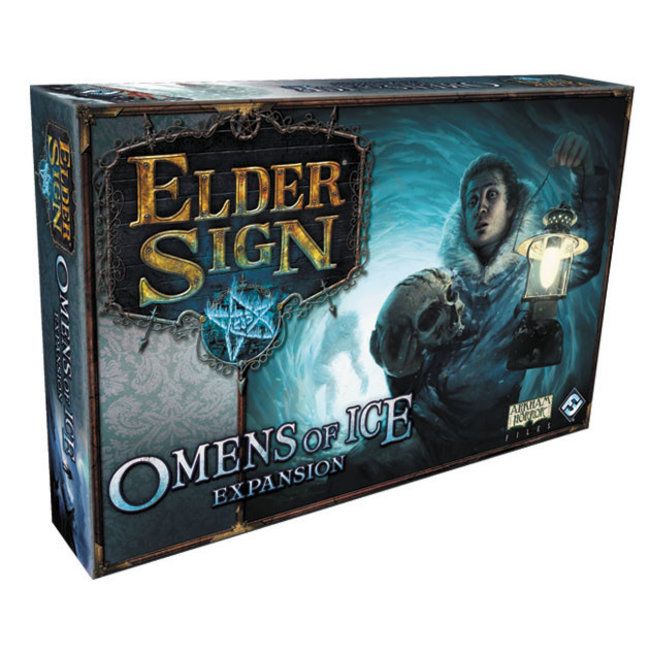 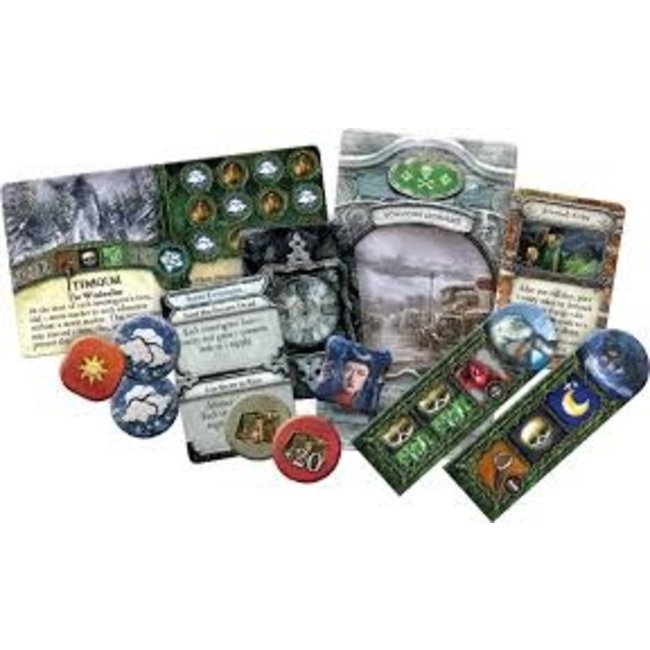 Venture into the far north and combat ancient American horrors in Omens of Ice! Read more..

Venture into the far north and combat ancient American horrors in Omens of Ice, an expansion for the cooperative dice game Elder Sign. Deep in the Alaskan wilderness Ancient Ones are awakening whose diabolical forces cannot be fought within the safe confines of the Arkham Museum. You must brave the Tundra, solve the mysteries of native Inuit traditions, and make the treacherous ascent up the mountains of the Alaska Range. There, wild animals and monsters are far from the only dangers you’ll encounter, for frostbite and starvation are among the Ancient Ones’ deadliest weapons.

Omens of Ice features a complete deck of sixty Alaskan Adventure cards. They open up locations across that frozen territory, where three new Ancient Ones threaten to awaken, and a new deck of Mythos cards makes midnight more terrifying than ever. For the first time in Elder Sign, the season matters as much as the time of day, and you can choose whether to take up your quest in the summer sun or, for a greater challenge, the winter dark. Eight additional investigators contribute their abilities to the struggle against evil, and new Allies, Spells, Common Items and Unique Items help you prevent the freezing of the entire Earth. 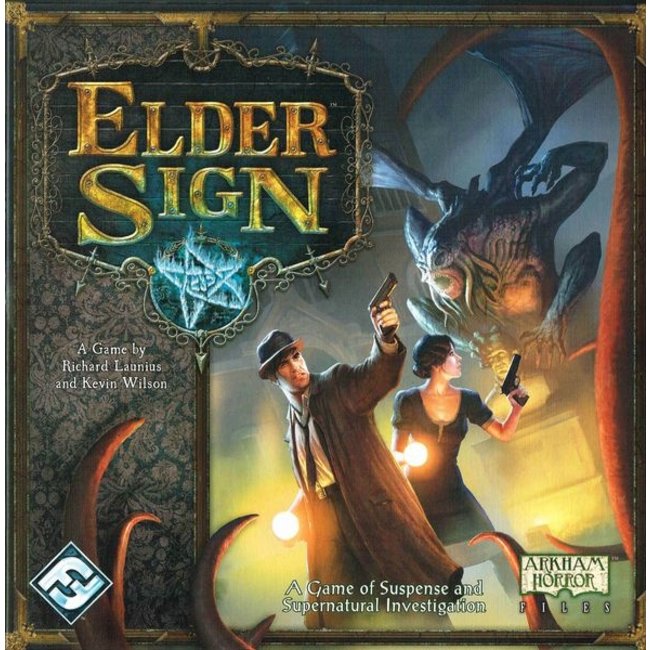 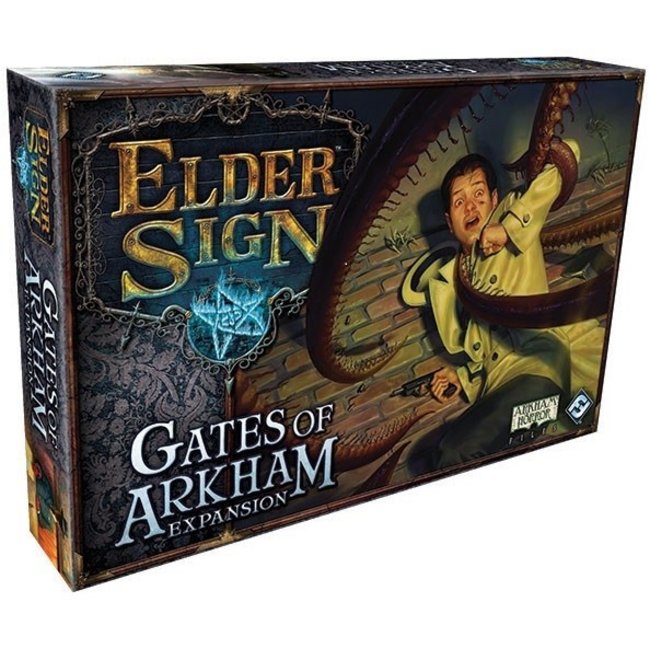 The struggle against the Ancient Ones spreads out of the museum and into the hau..
$27.99 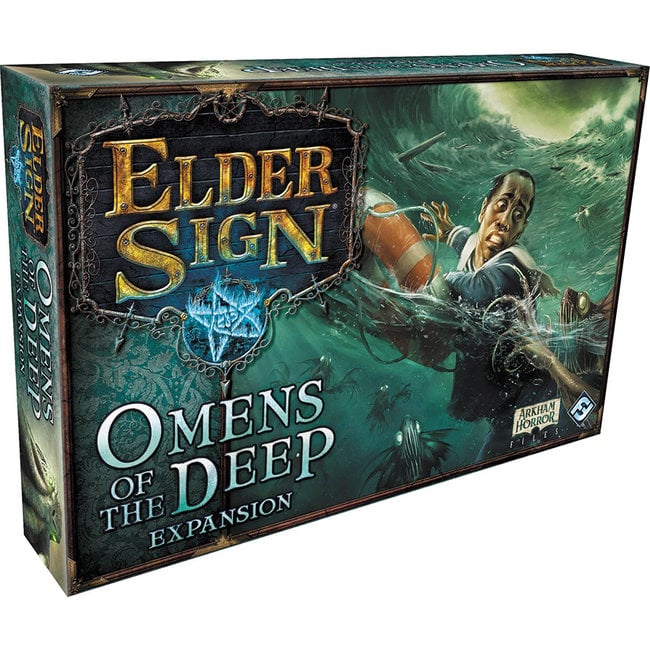 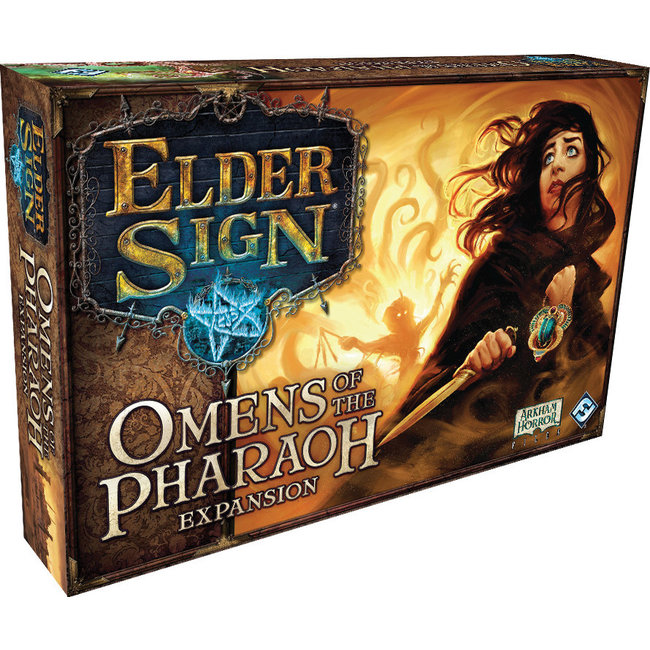 Venture into the far north and combat ancient American horrors in Omens of Ice!