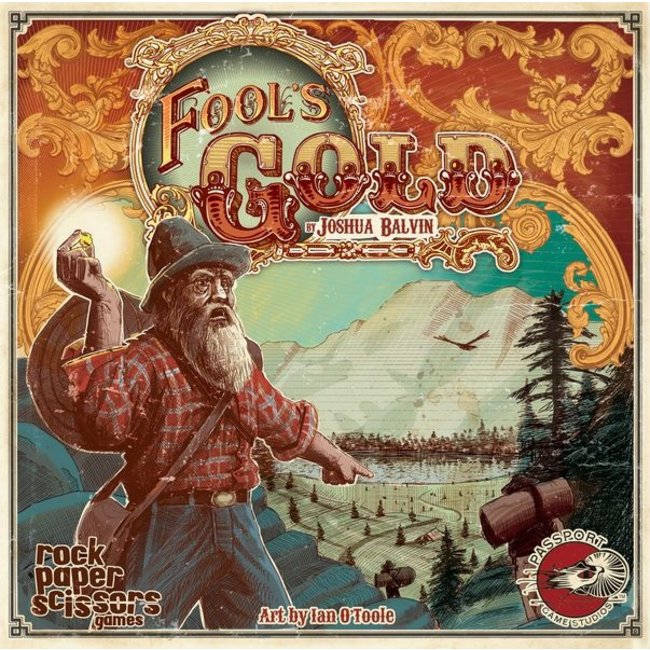 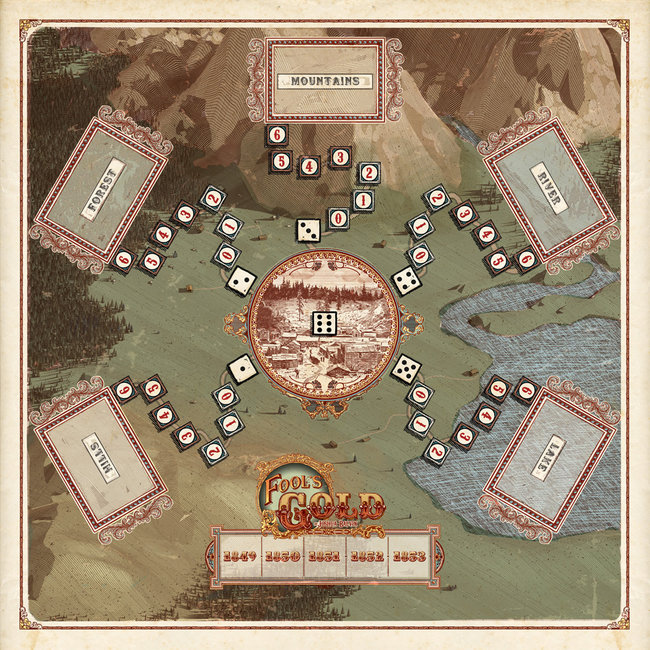 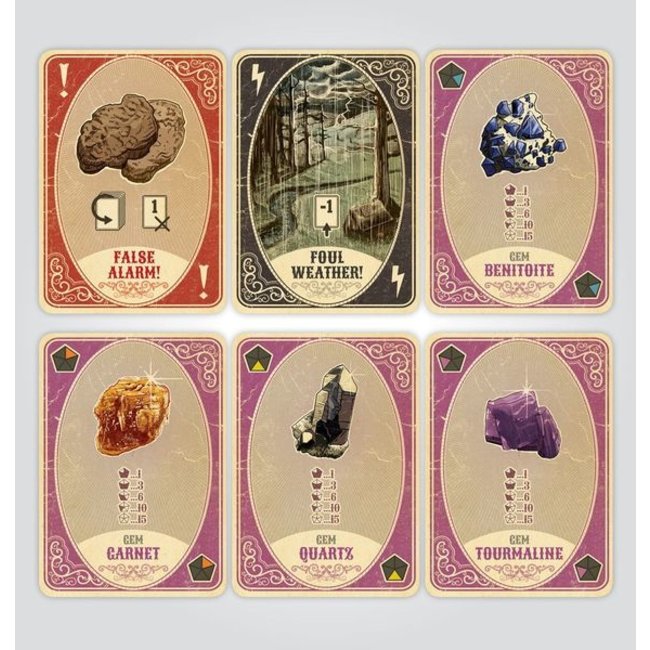 Send prospectors on a quest to find GOLD! Read more..

Fool's Gold takes place during the gold rush of 1849. Players are investors who send prospectors on a quest to find gold at various locations — in the mountains, in a forest, at a river, etc. — with each location having perils, gems, quantities of gold, and bountiful supplies of silt. As players remove valuable gold cards from the location decks, silt becomes more prominent and gold harder to find.

Each player starts Fool's Gold with six coins and 2-4 prospectors, depending on the number of players. The game lasts five years (i.e., rounds), and at the start of each year, each player receives an additional coin and an additional prospector, giving you both more to spend and more on which to spend. Each year consists of two phases: the prospecting phase and the mining phase. During the prospecting phase, the start player rolls ten dice, then places the dice on the mines of the same number, with 6s being placed in the central camp. Each mine has a path to it starting with the numbered die, then spaces numbered 0-6. After placing dice on the mine paths, players take turns taking one of these actions:

Once everyone has passed, the mining phase begins. Starting at mine #1, shuffle the mine deck, then draw a number of cards equal to the product of the number of prospectors and the number of dice at the mine. Foul weather forces fewer cards to be drawn, while false alarms might result in treasure being snatched away from everyone. Players then choose rewards from the mine in order of priority, which is determined by the number of prospectors each player has at a mine (include those in reserve) and their location on the path; players must redetermine priority after each action at a mine. The player actions are:

Once all standing miners have been removed, roll the winter die and draw that many cards for winter. If any goods come up, those layabout prospectors finally get to profit; if not, tough cookies, sourdough! After five rounds, players compare their findings, losing points if they've failed to collect gold from each mine. In addition, each player must throw out all the gold from the mine where he found the most. Turns out it was so easy to find because it was fool's gold! Players then sum their nuggets and score 1-15 points for their gem collection. Whoever has the highest score wins!

Send prospectors on a quest to find GOLD!