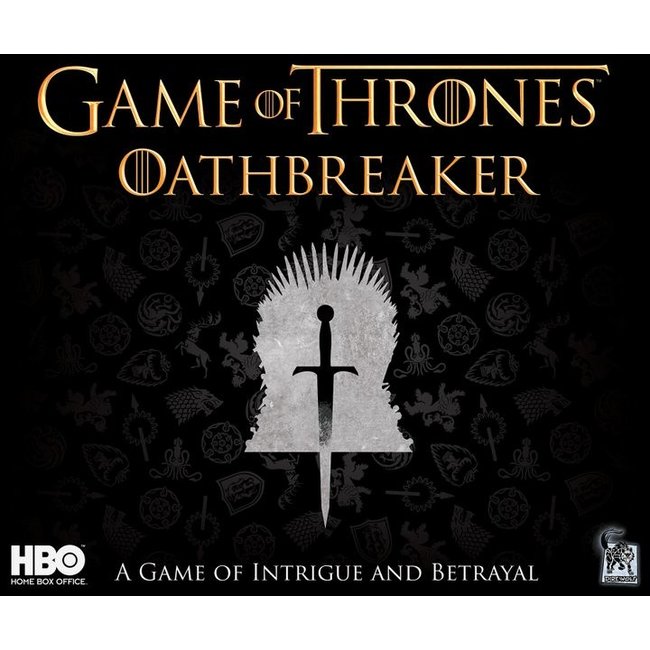 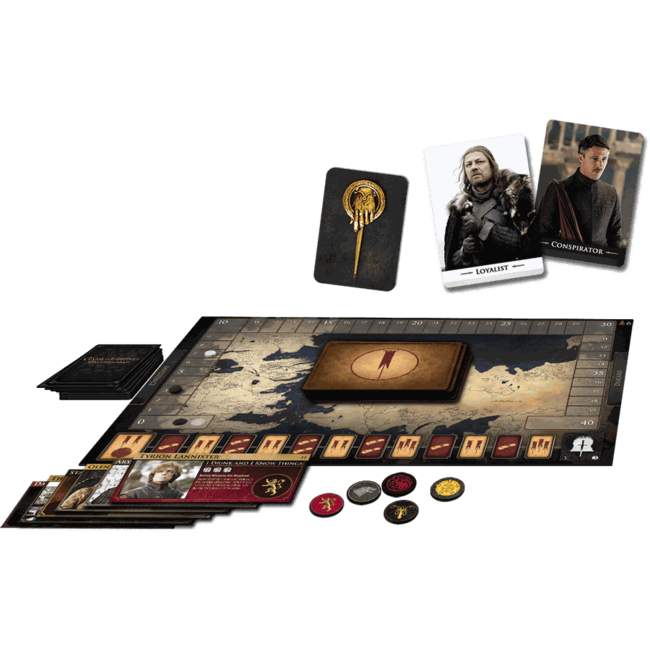 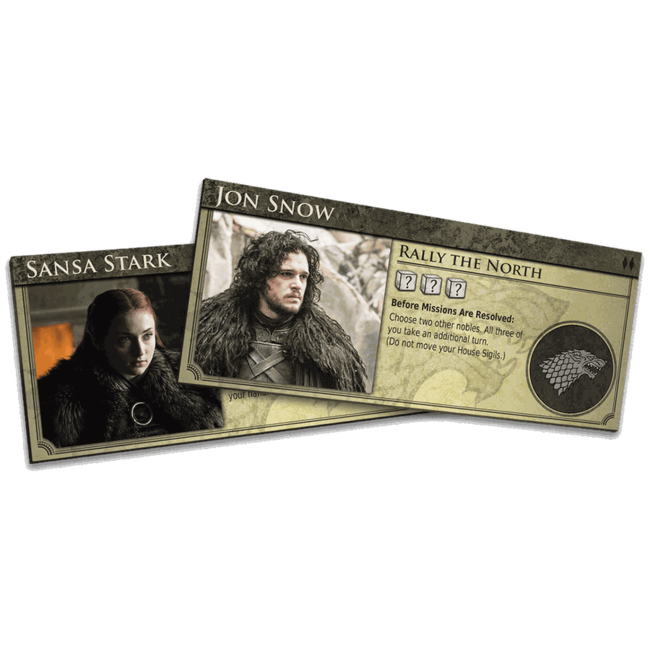 Who do you trust? If you sit on the Iron Throne, the wisest answer is "no one". Read more..

Game of Thrones: Oathbreaker is a game of deception and social deduction. One player assumes the role of King (or Queen), while the others represent the great Lords and Ladies of the Houses of Westeros. Some are loyalists who want order in the realm, others are conspirators who seek to undermine the throne, and all of them have a secret agenda of their own. Who is truly loyal, and who is simply hungry for power, honor, and coin? It's up to the King to figure it out before it's too late.

In more detail, the game lasts seven rounds. In each round, players reveal a number of mission cards, each of which has an associated influence type: crowns, ravens, or swords. Each noble plays influence cards face down to one or more missions and places their House Sigil at the mission where they played the most cards. Then each mission is resolved by shuffling the influence cards there and tallying up successes and failures. If a mission succeeds, Order is generated; otherwise Chaos is generated. Nobles earn rewards (coin, honor, power) based on whether the mission with their House Sigil succeeded or failed.

Who do you trust? If you sit on the Iron Throne, the wisest answer is "no one".