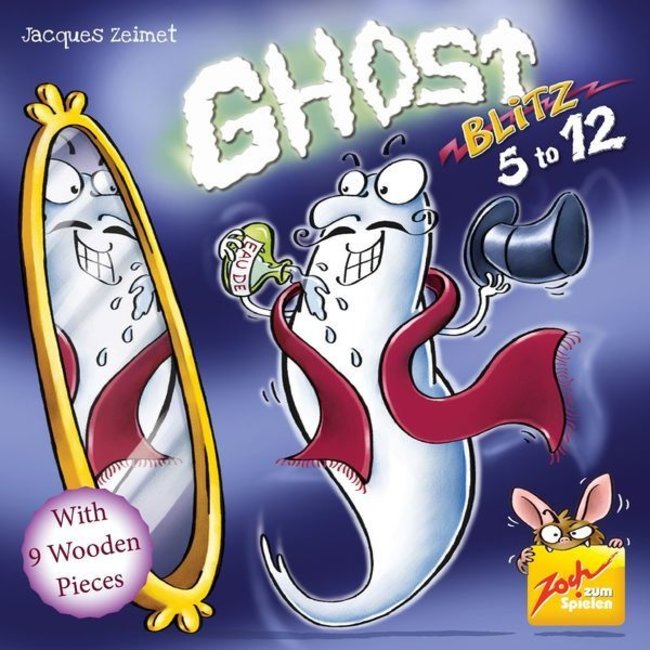 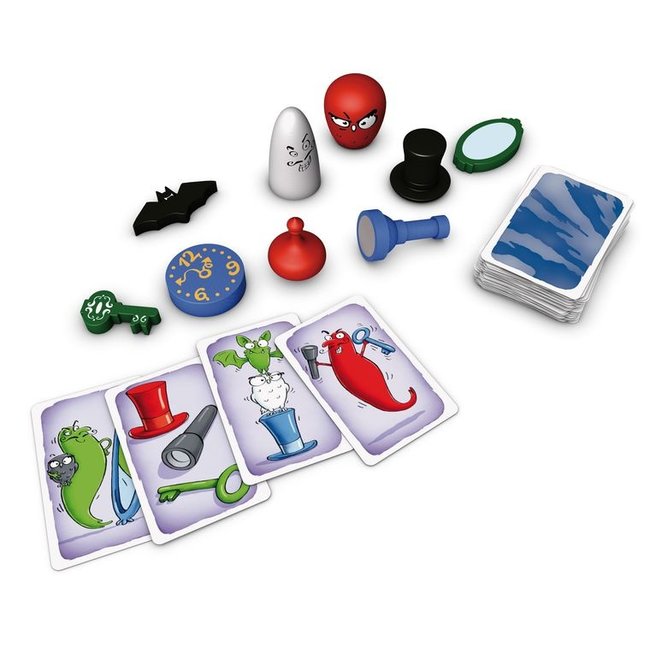 The lightning-fast shape and color recognition game amped up a bit! Read more..

The quick-playing reaction game Ghost Blitz takes on a new shape — and includes new shapes! — in Ghost Blitz 5 to 12.

In the original game, five wooden items sit on the table waiting to be caught — a white ghost, a green bottle, a cute grey mouse, a blue book, and a comfortable red chair — and the item to be grabbed depends on what's shown on the card revealed that round. Ghost Blitz 5 to 12 increases the challenge by including nine objects in five colors. Each round, a player reveals a card that shows three of these objects, and the player who grabs the object that has neither the same shape nor color appearing on the picture keeps the card — unless that is:

When the card deck runs out, whoever has collected the most cards wins.

The lightning-fast shape and color recognition game amped up a bit!