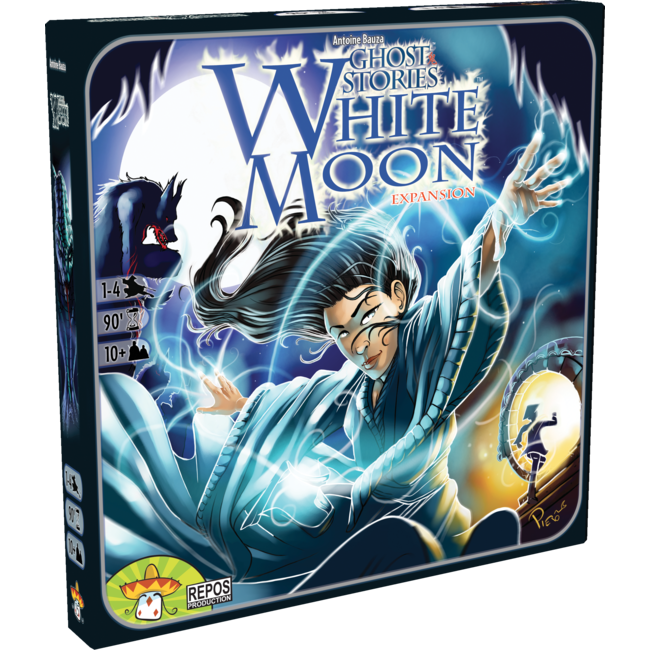 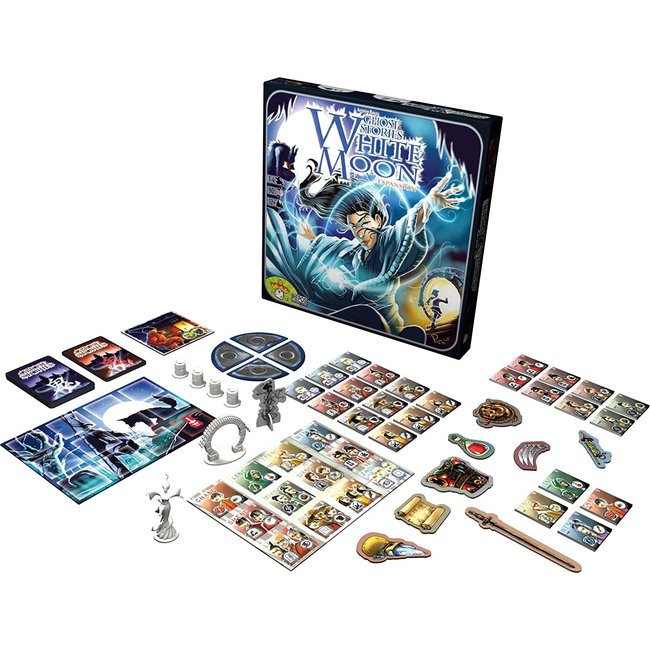 With the Ghost Stories: White Moon expansion, the monks have an extra task to deal with: rescuing the villagers themselves from the ghosts. Read more..

During setup, three villagers tokens are placed on all village tiles but one. The Moon Portal is placed on the remaining tile (the center tile for normal difficulty, on the side for harder difficulty, in a corner for masochistic players). Villagers can follow monks when they move. To rescue a villager, you have to bring him to the Moon Portal and take a special rescue action on that tile.

Villagers come in families of 1, 2 or 3 members. When an entire family is rescued, you get the family's reward. Small families give small rewards (like an extra Qi, or an artifact that can move the other monks to your tile), large families give large rewards (like a sword that lets you turn one die to white during each exorcism, or an armor that cancels the ghosts' come-into-play effects).

Unfortunately, some ghosts are able to kill villagers. Each time a villager gets killed, the players suffer the family's curse (which can go from annoying -like having a tao token removed from the game- to downright brutal -like having a extra Wu-Feng incarnation come into play-). Villagers also die if their tile is haunted. Haunters also force villagers to flee (villagers that cannot flee are killed).

With the Ghost Stories: White Moon expansion, the monks have an extra task to deal with: rescuing ..