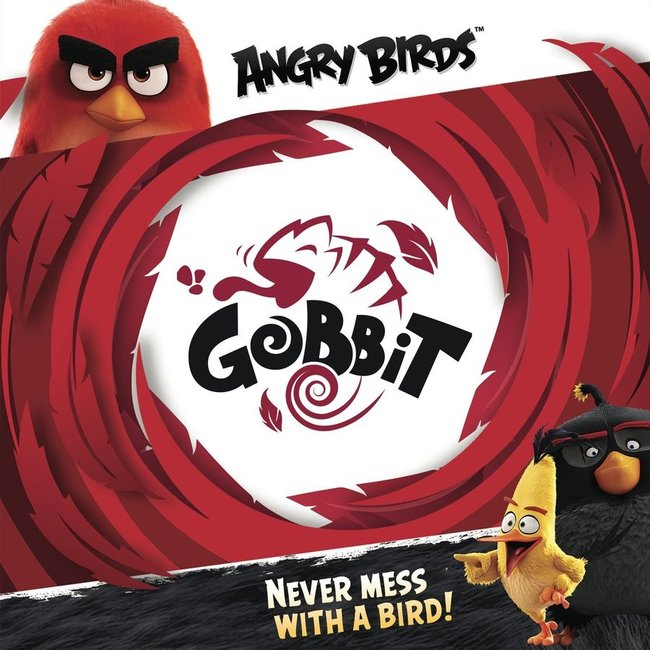 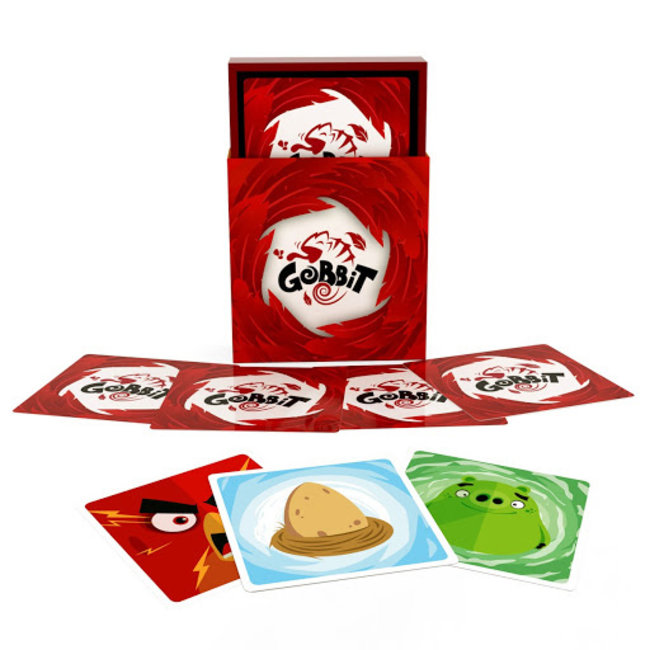 There is a war between the Angry Birds! Slap cards to win! Read more..

Gobbit is a fast-playing reaction game in which the last player to have cards in front of him wins. The cards depict three animals in three colors, and the animals eat one another based on their color and a precise food chain: the chameleon eats mosquito, the snake eats the chameleon. As a special card, the gorilla kills all three other types of animals, sending them to the graveyard. If mosquitoes of all three colors are in play, then everyone must race to the graveyard or risk losing all of their cards. Chameleons come into play with the variant rules, with each chameleon having a special power that comes into play when on top of the graveyard.

Gobbit Angry Birds is a spin-off of Gobbit, with new rules that govern the ongoing war between the angry birds in question — specifically Red, Chuck and Bomb — and the pigs. In order to attack, players have to slap their opponents' cards while defending their own at the same time.

There is a war between the Angry Birds! Slap cards to win!