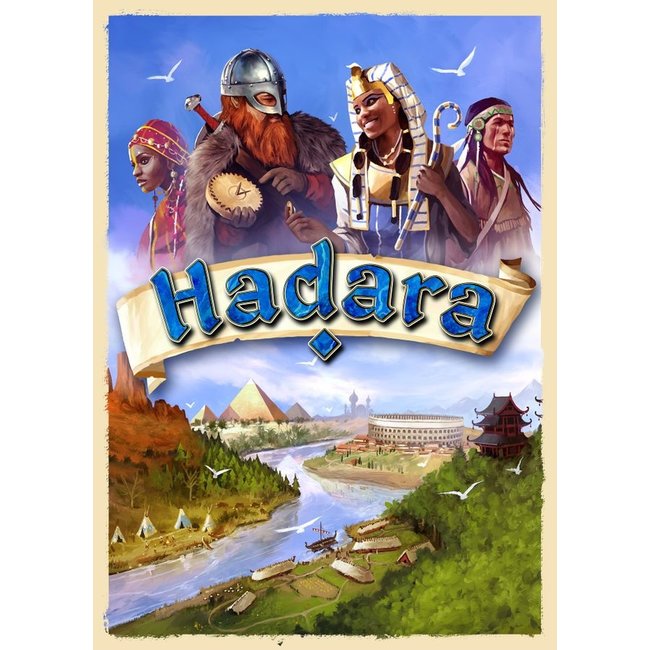 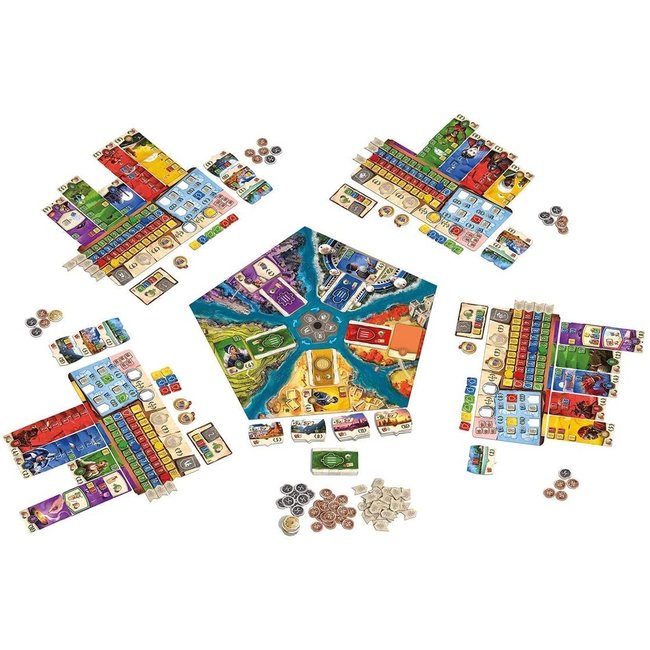 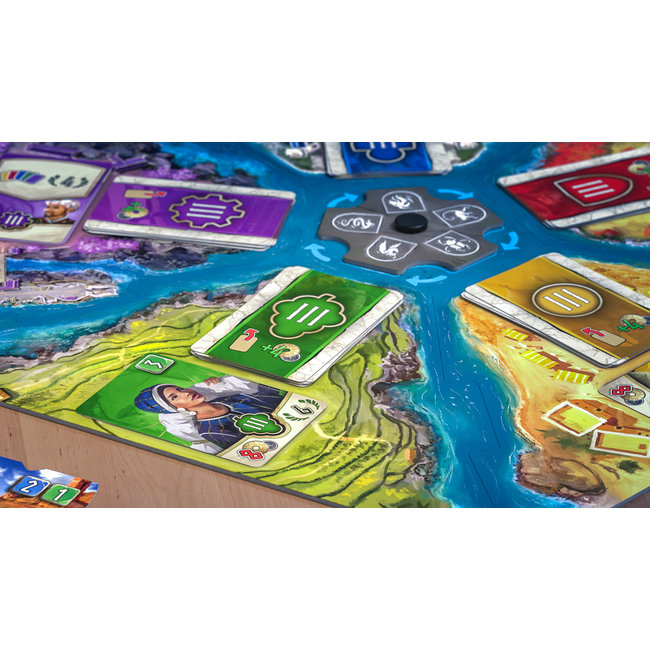 Over three epochs, guide the growth of your civilization as new ideas emerge; take great strides forward in the many fields of human achievement to build an empire more glorious than any other! Skilled artisans, philosophers, warriors, and architects from different cultures will bring their genius to aid you in your endeavors, but it rests with you to choose the best allies to build your strength and prestige.

With an innovative card selection system, players will strategically recruit people with diverse cultures and skillsets to contribute to a new empire. As you bring more people in to contribute to your civilization, you’ll grow in wealth, military strength, culture, and agriculture. A rotating dial in the center of the board will determine which deck each player draws from. As the dial rotates and new cards are drawn, players will choose which cards to keep, sell, or discard. With careful choices, you can recruit the best people to your empire, block your opponents, and create a legacy for the ages.

It’s your chance to make history. Shape your civilization and stymie your opponents’ efforts as ..