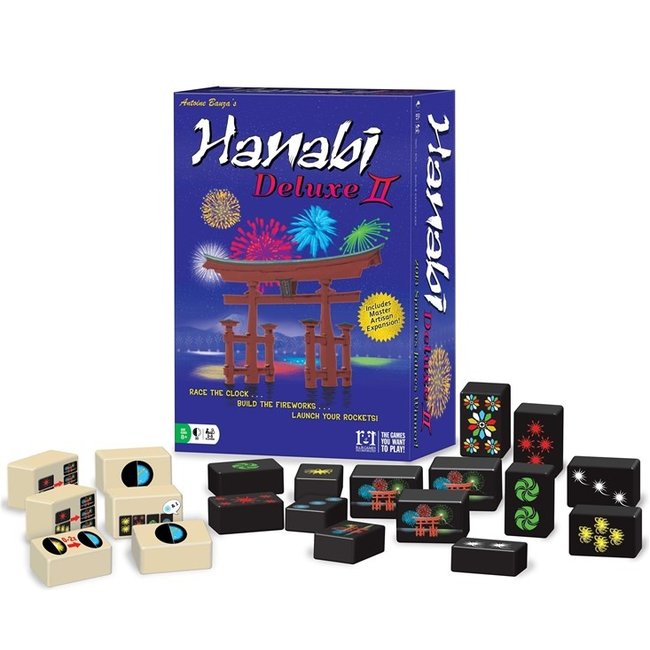 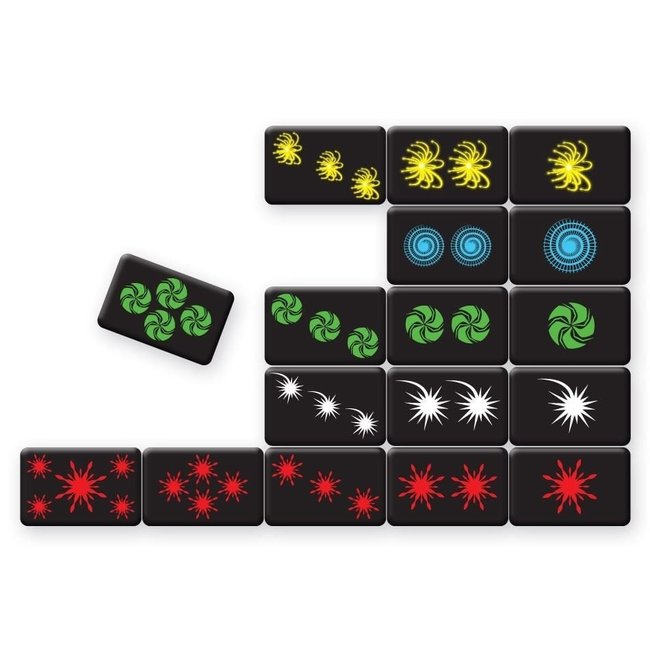 Everyone can see your cards but you. Can their clues help you find out what to play? Read more..

Hanabi—named for the Japanese word for "fireworks"—is a cooperative game in which players try to create the perfect fireworks show by placing the cards on the table in the right order. (In Japanese, hanabi is written as 花火; these are the ideograms flower and fire, respectively.)

The card deck consists of five different colors of cards, numbered 1–5 in each color. For each color, the players try to place a row in the correct order from 1–5. Sounds easy, right? Well, not quite, as in this game you hold your cards so that they're visible only to other players. To assist other players in playing a card, you must give them hints regarding the numbers or the colors of their cards. Players must act as a team to avoid errors and to finish the fireworks display before they run out of cards.

Hanabi Deluxe II is similar to the Hanabi Deluxe edition first released in 2013, which features the same gameplay as the original game, but with the cards being replaced by Mah Jhong-style tiles. Hanabi Deluxe II includes six unique tiles that comprise the "Master Artisan" expansion.

Everyone can see your cards but you. Can their clues help you find out what to play?