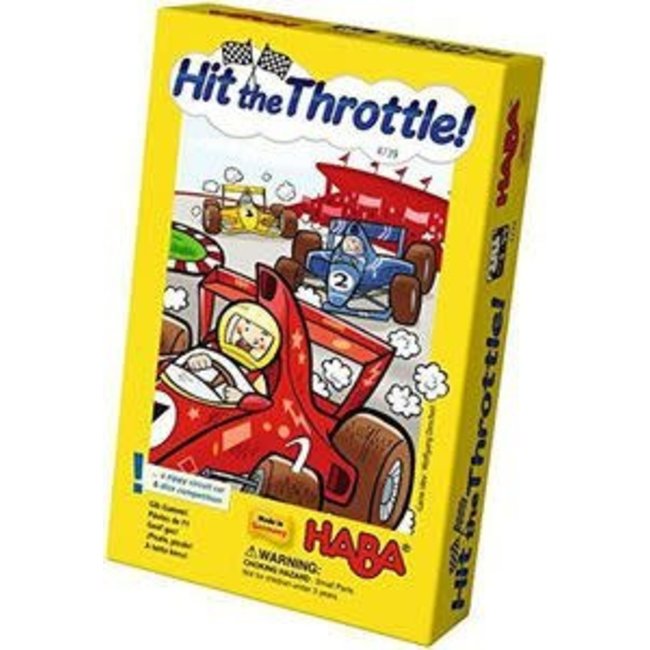 Like in Snail's Pace Race, you move cars according to the color on the die. But in Hit the Throttle!, you roll three dice and choose one, then re-roll the other two, choose one again and finally re-roll one die.

End of the Game
The game ends as soon as both of a player’s racing cars have reached the target. This player yells “Hit the throttle” and wins the race. He then shows his assignment card to prove it. If various players fulfill their assignment at the same time, they win together!