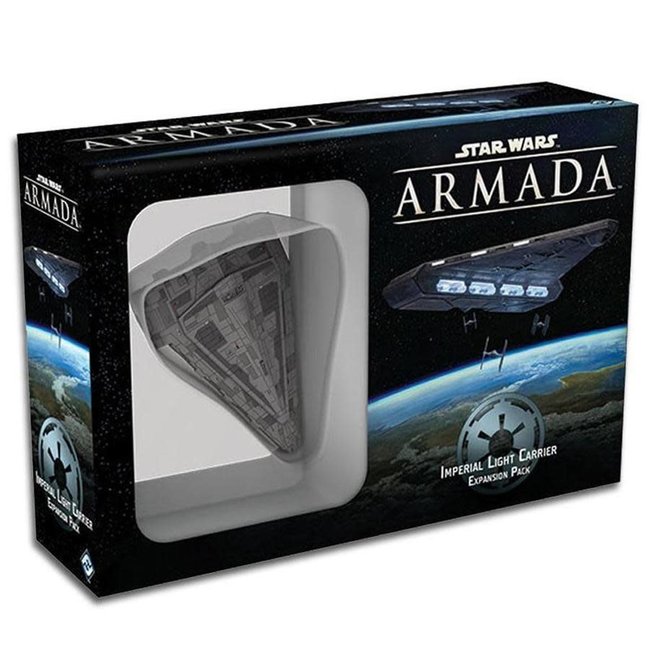 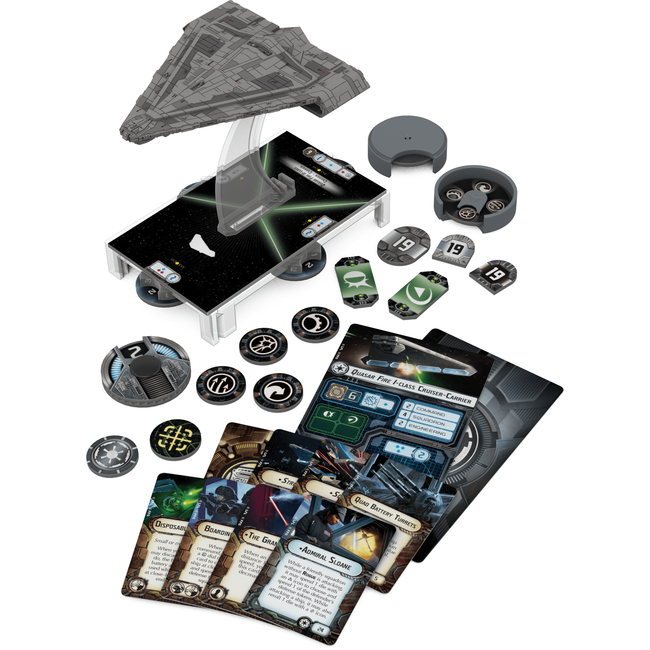 $35.99Excl. tax
Out of stock
Available in store

The Imperial Light Carrier Expansion Pack introduces one pre-painted Quasar Fire-class cruiser-carrier miniature to your games of Star Wars™: Armada. A mobile starfighter base frequently used as a garrison vessel, the Imperial light carrier bristles with laser turrets that allow it to defend itself while its fighter craft are away on crucial missions. It comes supported by two ship cards and a total of ten upgrades, including a dual-slotted Weapons Team / Offensive Retrofit upgrade that allows you to disrupt your opponent's ships with the game's first boarding action!