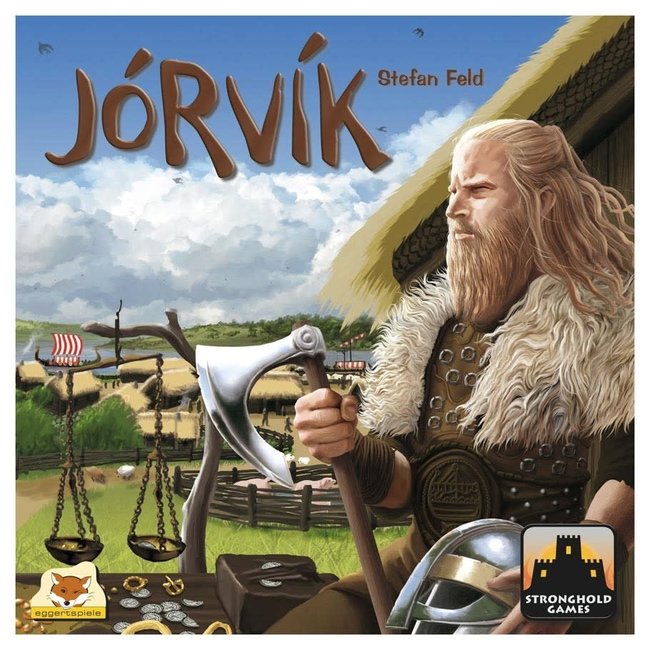 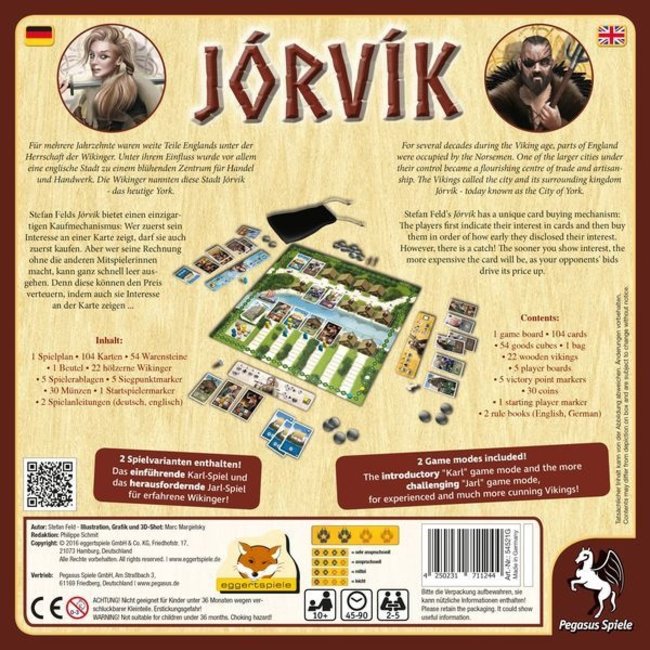 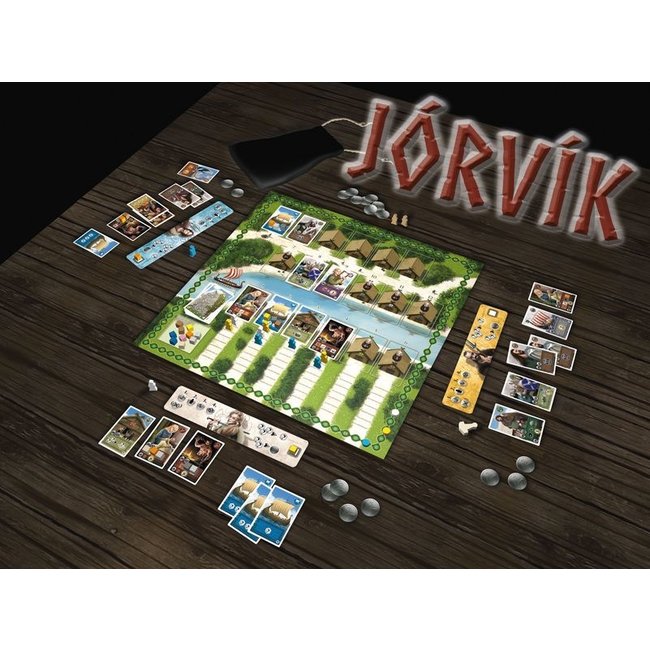 Teach your Vikings to stand in line and await their turn in a tight auction game. Read more..

For several decades during the Viking age, parts of England were occupied by the Norsemen. Under their influence, one of the larger cities turned into a flourishing center of trade and craftsmanship. The Vikings called the city and its surrounding kingdom “Jórvík”, which is today known as the city of York.

In the game Jórvík, players assume the roles of Viking jarls. They gather prestige points by trading goods, holding big feasts, funding pillages, commissioning craftsmen and hiring soldiers to defend the city against recurring invasions. The player with the most prestige points wins.

Teach your Vikings to stand in line and await their turn in a tight auction game.