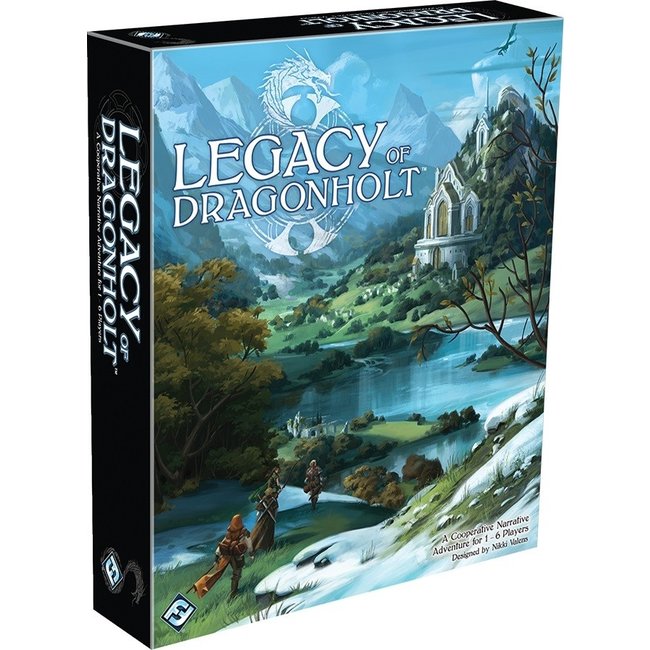 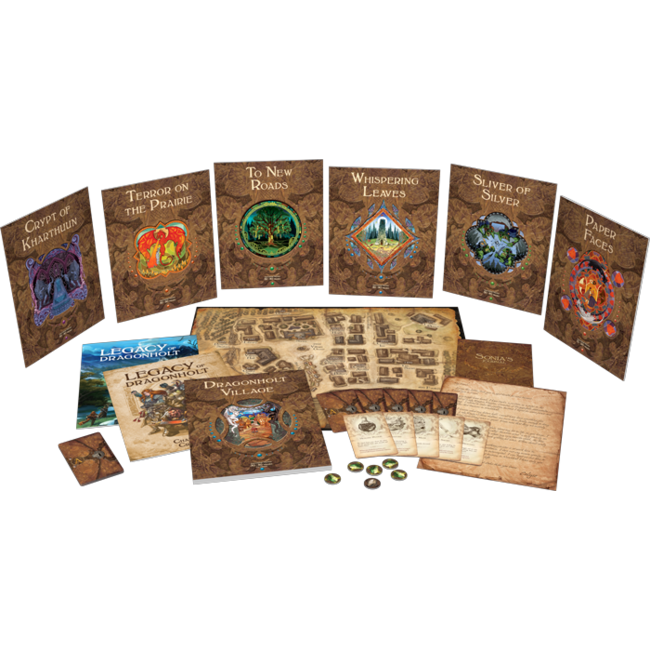 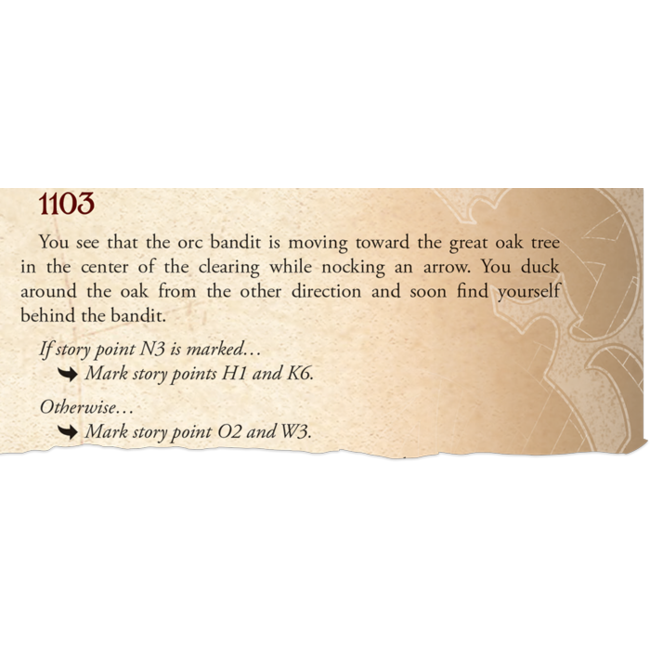 End the reign of an evil count who threatens to usurp the rightful heir of Dragonholt. Read more..

You slump down on the wooden bench, stretching your legs. You have been traveling for nearly a week now toward a small village called Dragonholt. Your journey is at the request of Celyse, a former traveling partner and friend, who has since found her calling as a tutor to the children of Countess Regina Fairfax, Lady of Dragonholt.

You are uncertain why Celyse has summoned you to Dragonholt. Her letter is strange, speaking only of a vague threat that requires your assistance. More alarming is the note on the back, “Refer to my first letter.” You had not received any word from Celyse before this one. Could she have sent another letter that was intercepted? You fold the letter and stow it away before standing. With a last fleeting glance at the crossroads signpost, you start off toward Eventide Forest.

Legacy of Dragonholt is the first narrative adventure game set in the Runebound universe. This game’s rich story turns one to six players into bold heroes and takes them to the edge of Terrinoth where a mysterious death has occurred. Players have the opportunity to design their heroes and then journey to the far reaches of the realm where they will attend grand balls, battle goblins, and end the reign of an evil count who threatens to usurp the rightful heir of Dragonholt.

End the reign of an evil count who threatens to usurp the rightful heir of Dragonholt.