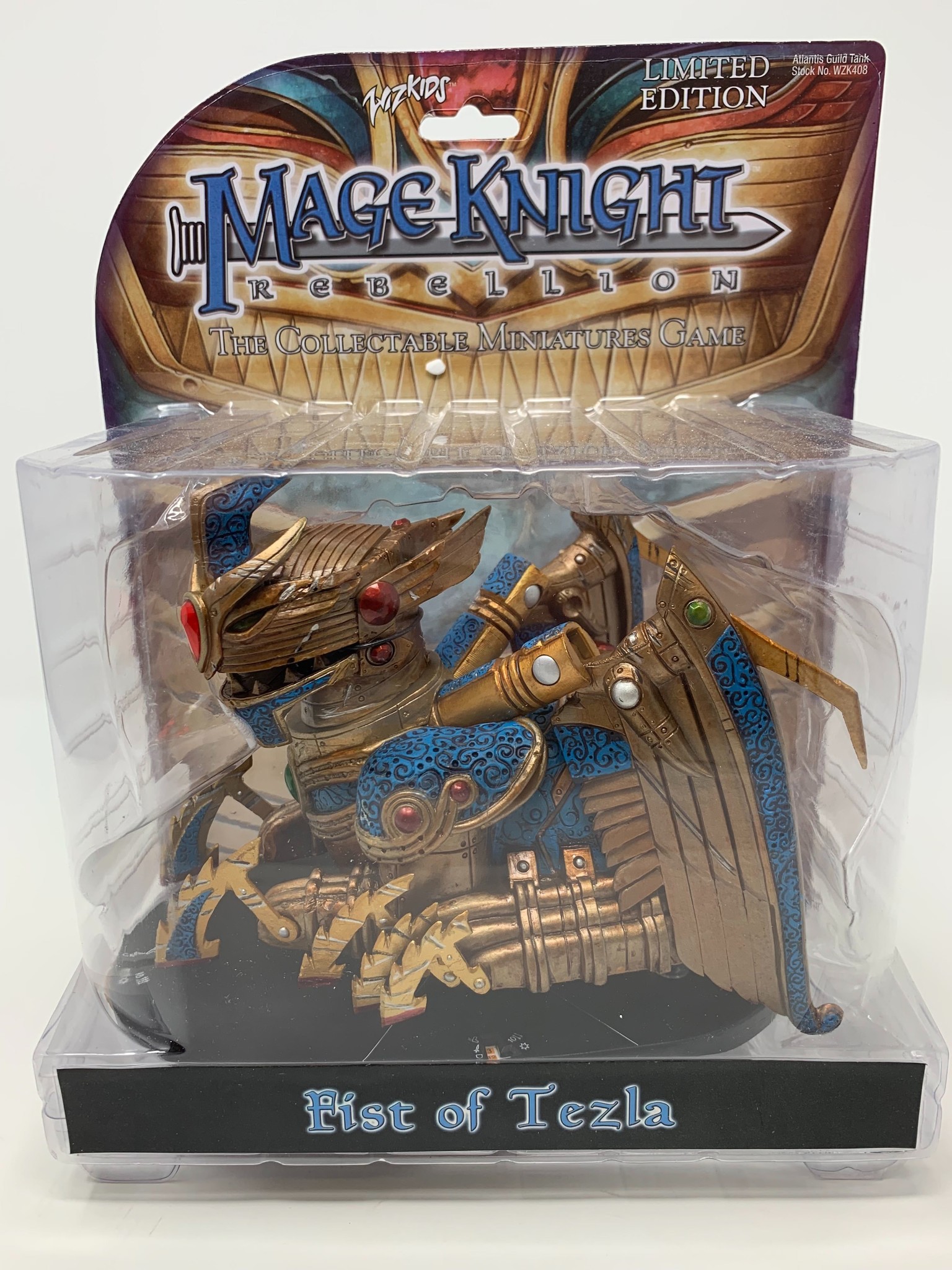 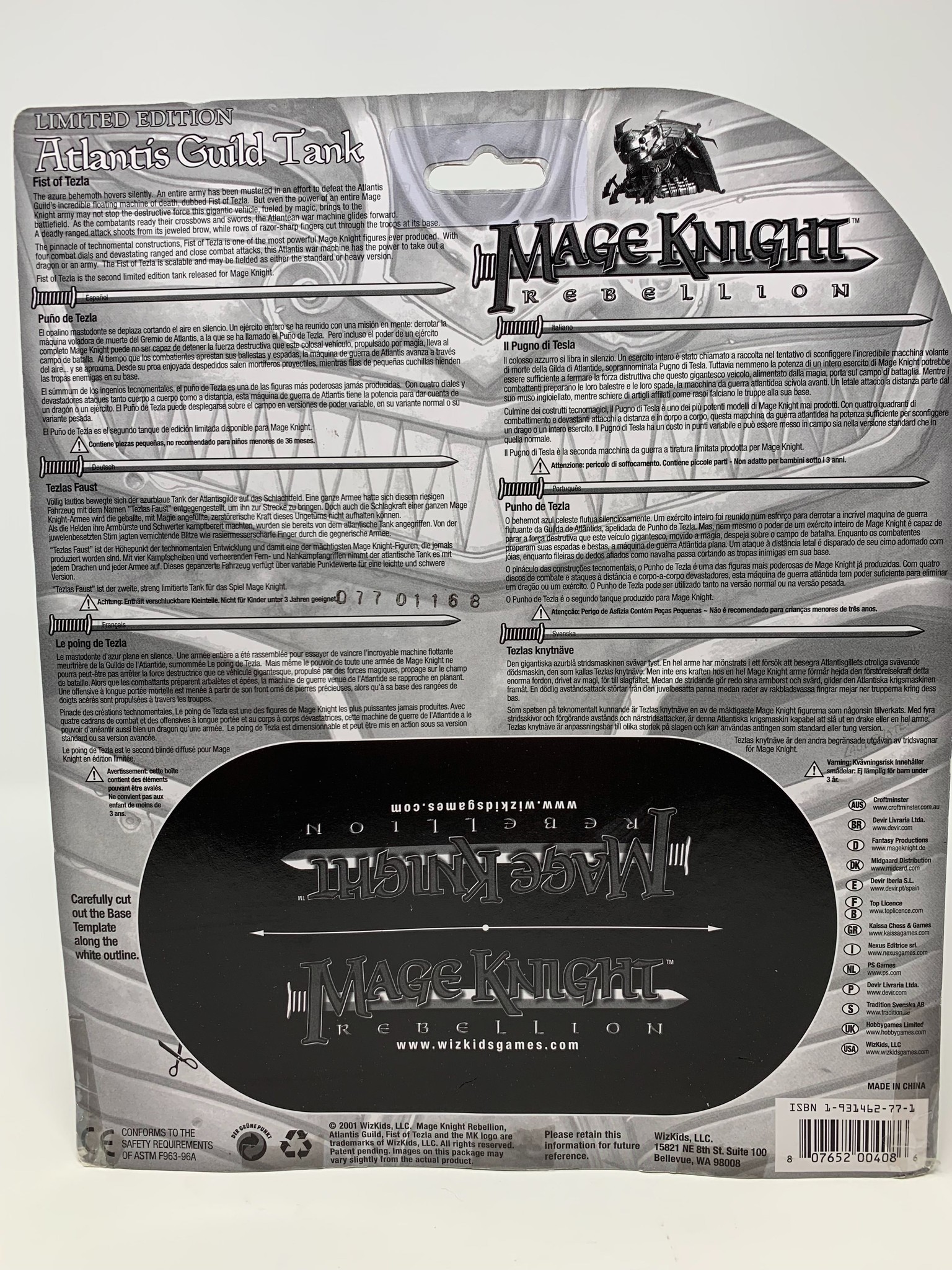 The pinnacle of technomental constructions, Fist of Tezla is one of the most powerful Mage Knight figures ever produced. With four combat dials and devastating ranged and close combat attacks, this Atlantis war machine has the power to take out a dragon or an army. The Fist of Tezla is scalable and may be fielded as either the standard or heavy Version.