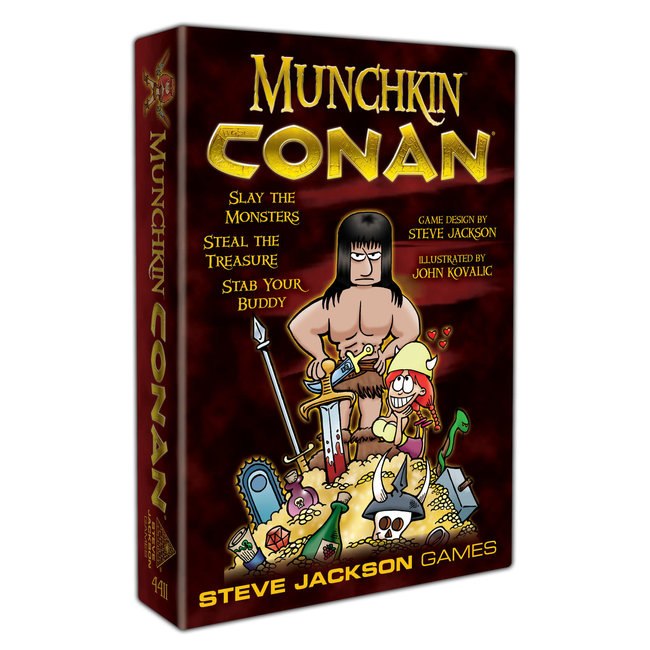 $24.95Excl. tax
Out of stock
Available in store

What is good in life? To kill the monsters and take their stuff! Read more..

What is good in life?

To kill the monsters and take their stuff!

Conan – challenging the world, slaying monsters, defeating armies, laughing in the face of death. He steals the treasure, spends it, and steals more. Conan is THE Barbarian.

Robert E. Howard's epic hero gets the full Munchkin treatment in Munchkin Conan, the new core set written by Steve Jackson and illustrated by John Kovalic. Play a Cimmerian Warrior or a Stygian Wizard! Wield the Sword of the Phoenix and poison your foes with Black Lotus! Slay Thoth-Amon's minions, Pict raiders, and abominable monsters, and hear the lamentations of their women!

What is good in life? To kill the monsters and take their stuff!