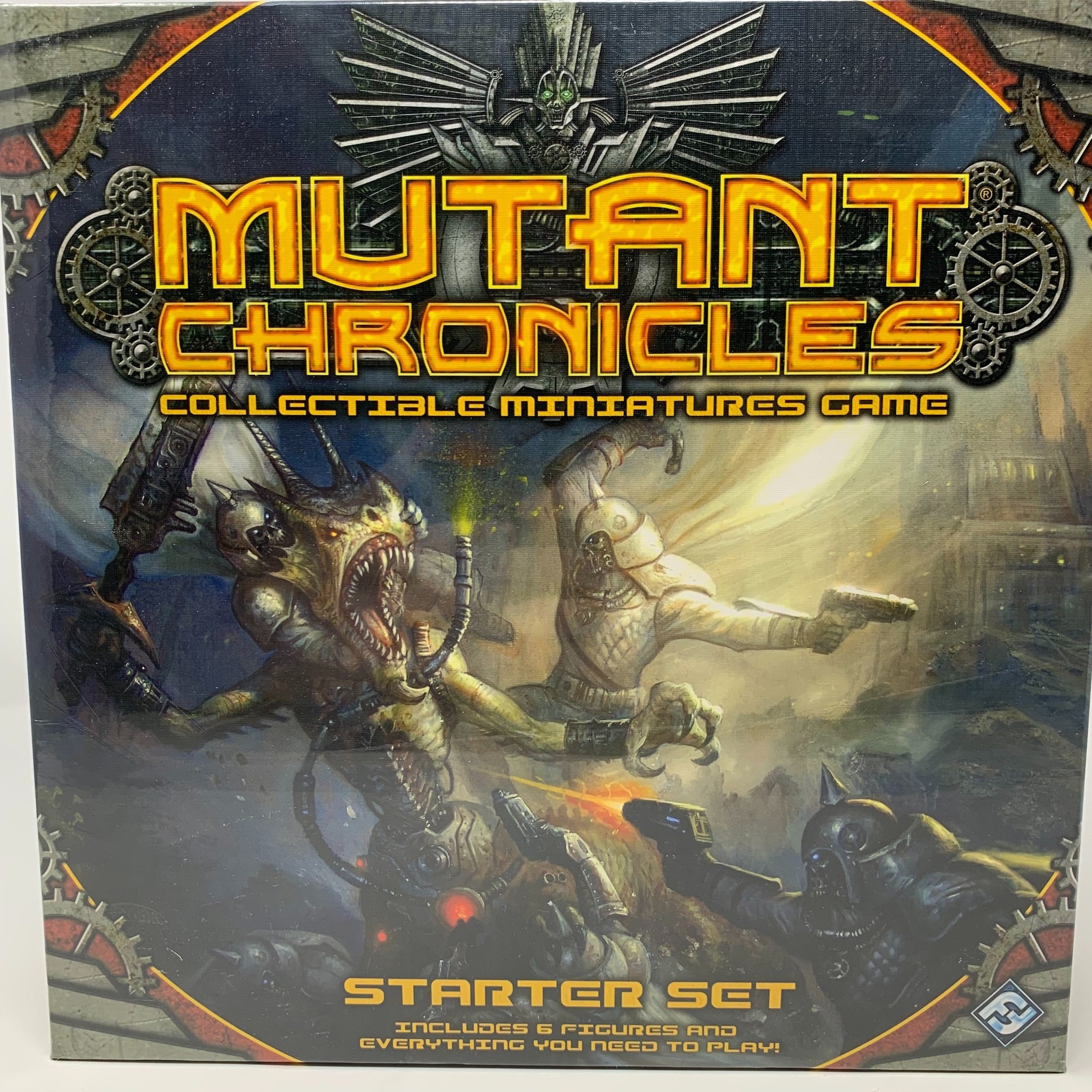 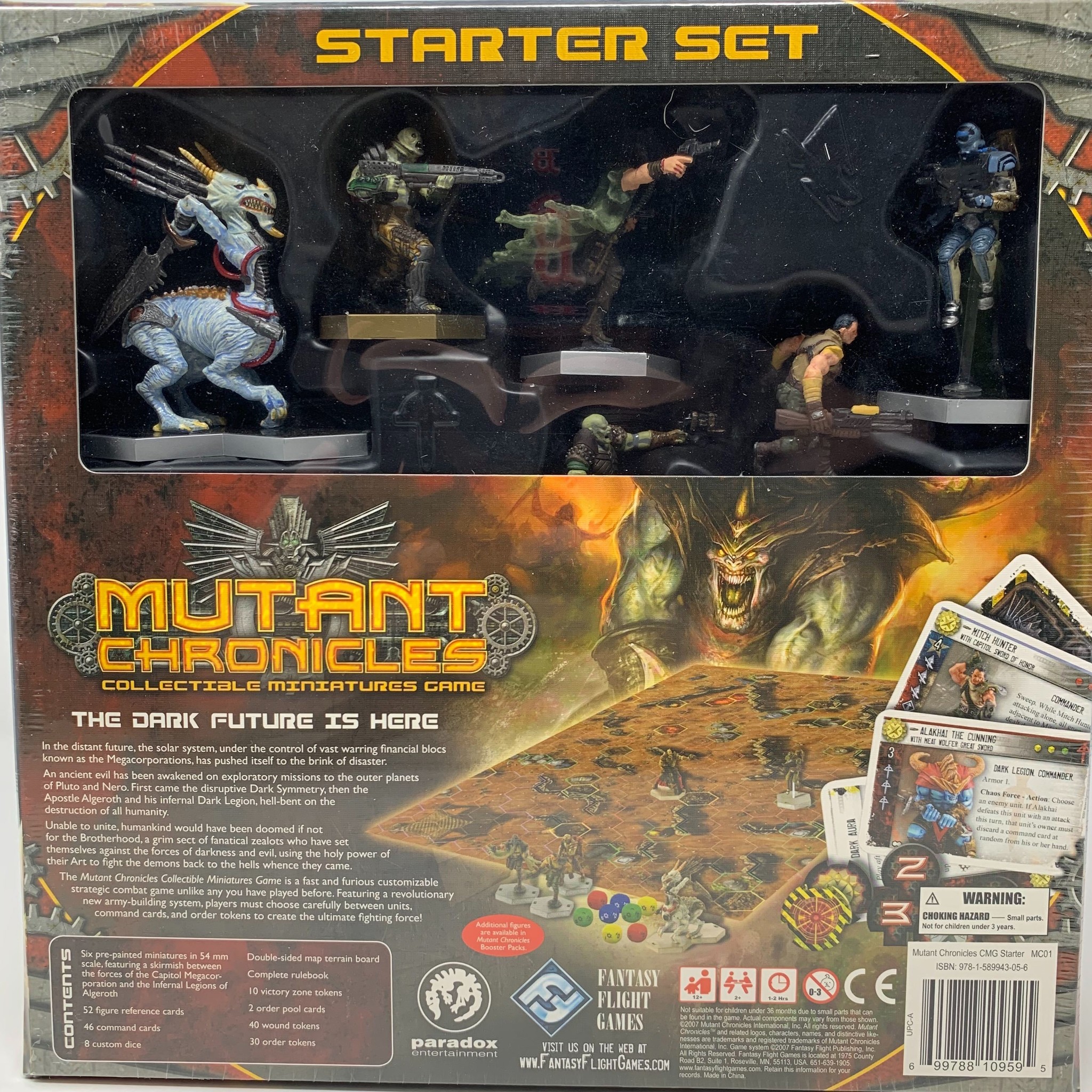 In the distant future, the solar system, under the control of vast warring finiancial blocs known as the Megacorporations, has pushed itself to the brink of disaster.

An Ancient evil has been awakened on exploratory missions to the outer planets of Pluto and Nero. First came the disruptive Dark Symmetry, then the Apostle Algeroth and his internal Dark Legion, hell-bent on the destruction of all humanity.

The Mutant Chronicles Collectible Miniatures Game is a fast and furious customizable strategic combat game unlike any you have played before. Featuring a revolutionary new army-building system, players must choose carefully between units, command cads, and order tokens to create the ultimate fighting force