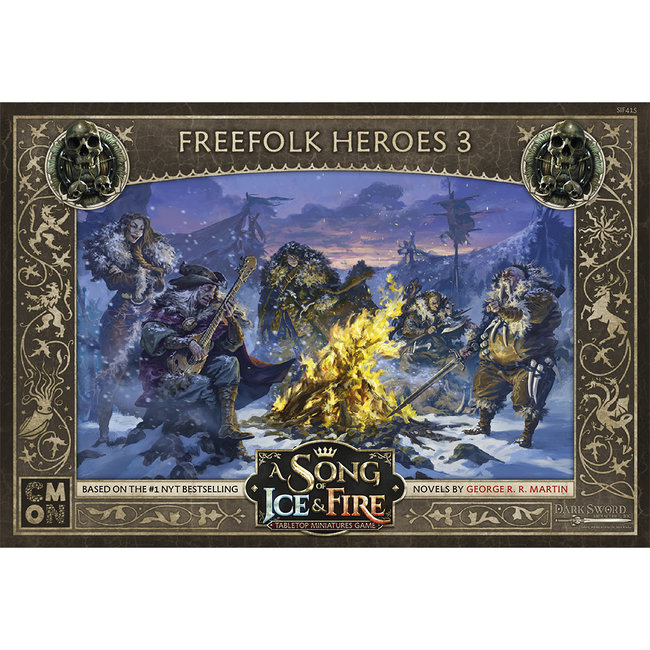 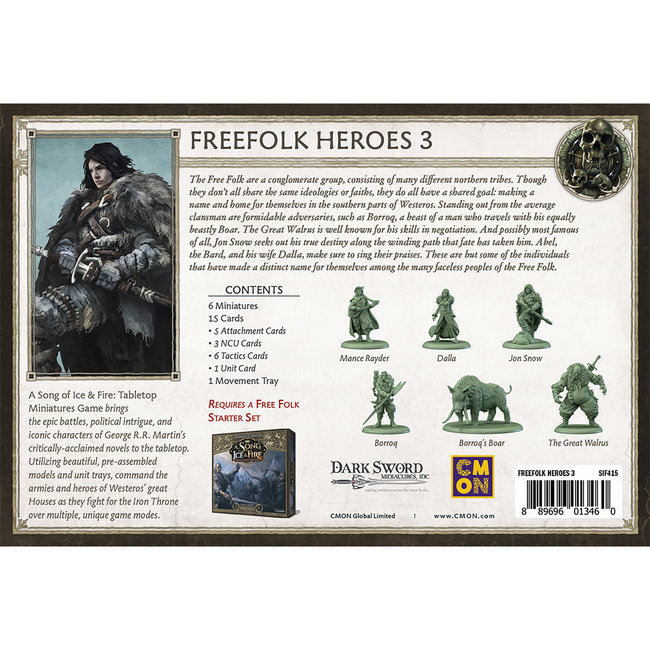 $35.99Excl. tax
Out of stock
Available in store

The Free Folk are a conglomerate group, consisting of many different northern tribes. Read more..

The Free Folk are a conglomerate group, consisting of many different northern tribes. Though they don’t all share the same ideologies or faiths, they do all have a shared goal: making a name and home for themselves in the southern parts of Westeros. Standing out from the average clansman are formidable adversaries, such as Barroq, a beast of a man who travels with his equally beastly Boar. The Great Walrus is well known for his skills in negotiation. And possibly most famous of all, Jon Snow seeks out his true destiny along the winding path that fate has taken him. Abel, the Bard, and his wife Dalla, make sure to sing their praises. These are but some of the individuals that have made a distinct name for themselves among the many faceless peoples of the Free Folk.

The Free Folk are a conglomerate group, consisting of many different northern tribes.