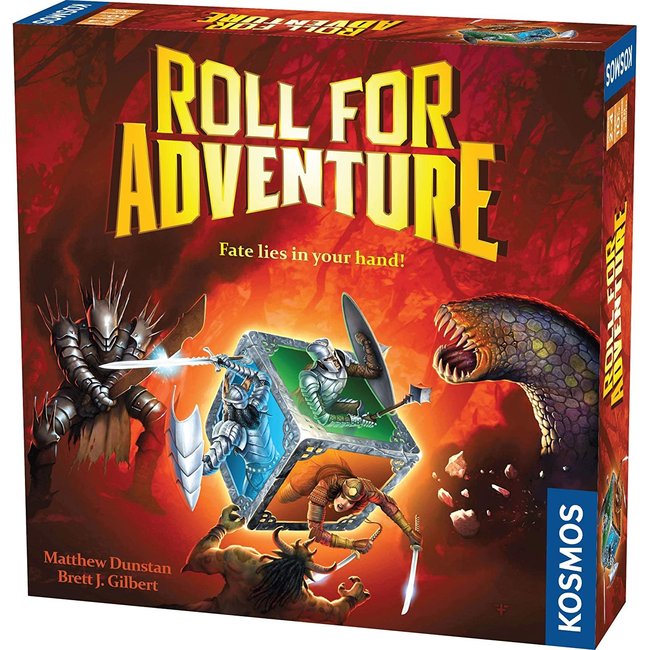 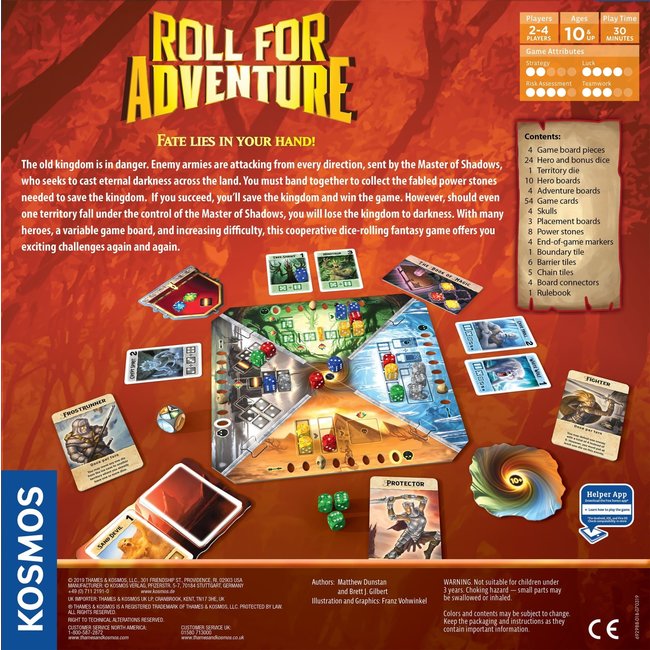 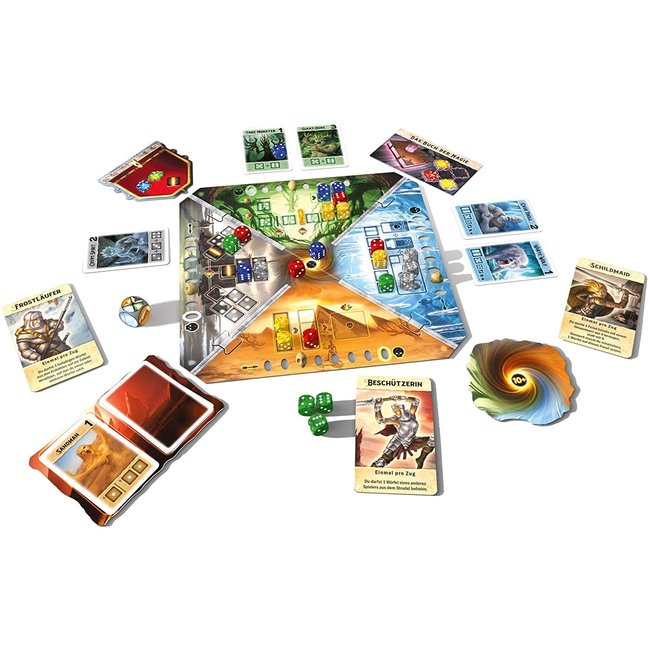 Manage your dice supply to push through and save the day! Read more..

The Old Kingdom is in danger. Enemy armies are attacking from all directions, led by the Master of Shadows who seeks to bring eternal darkness across the land.

The only chance the players have is to band together and collect the fabled power stones in order to complete the magical relic. If the odds are in their favour and they succeed, they’ll save the empire. However, should even one area fall under the control of the Master of Shadows, the Old Kingdom will be lost forever.

Roll for Adventure is a fast-paced dice-rolling game where players must react to the different threats they face. Using their dice, players will defeat monsters, collect crystals and finally forge the amulet to win the game. However, players must be careful not to over-extend themselves or risk running out of dice to complete their mission. Roll for Adventure features variable difficulty levels to keep the game quick and challenging for any party of adventurers!

Manage your dice supply to push through and save the day!