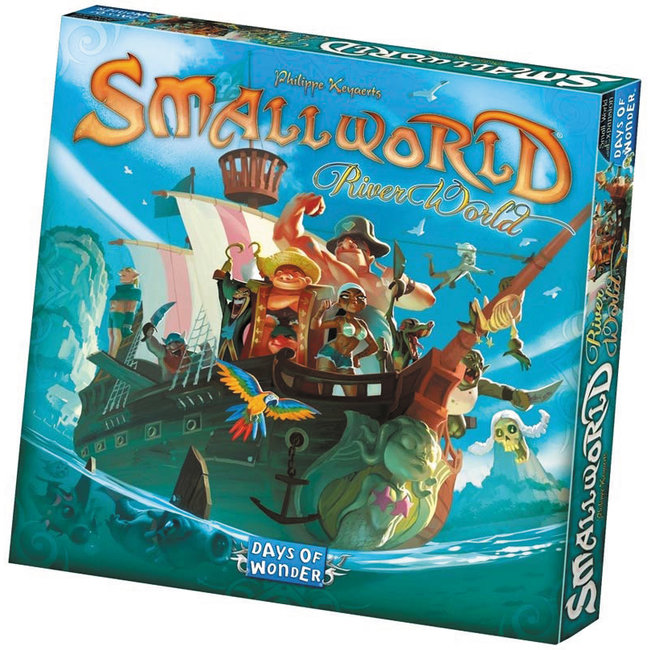 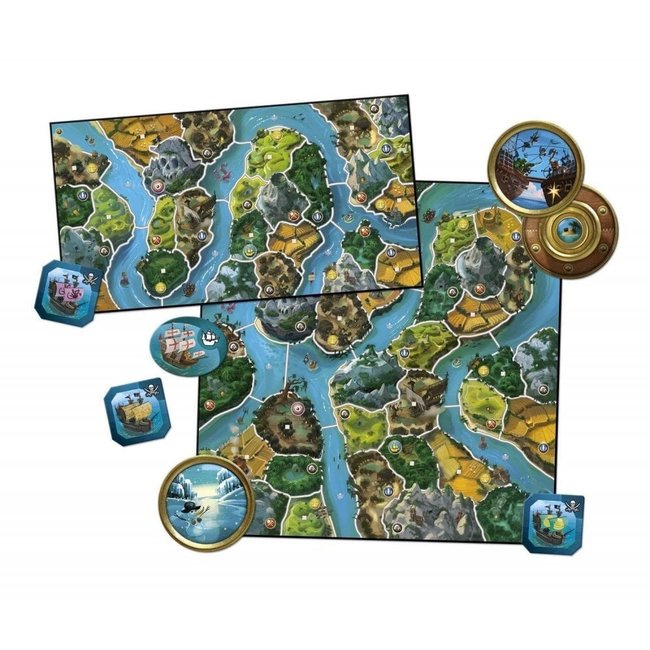 In Small World: River World, players discover new maps full of water regions haunted by merciless pirates. Players need to defend their precious harbors against them, fight them on the river, and still keep an eye on their opponents! Some regions such as the shipyard or the temple of the seer may help them to have the upper hand, but in River World, there is still not enough room for everybody. And random events that trigger on each turn add to the chaos!