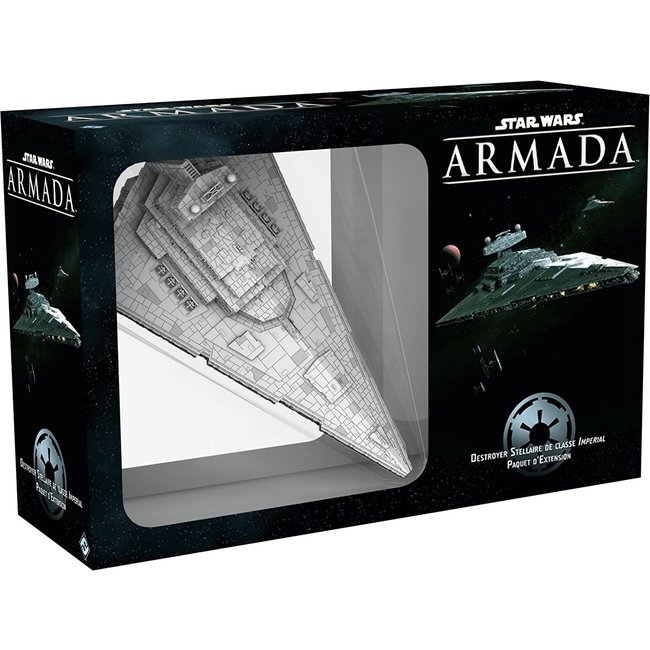 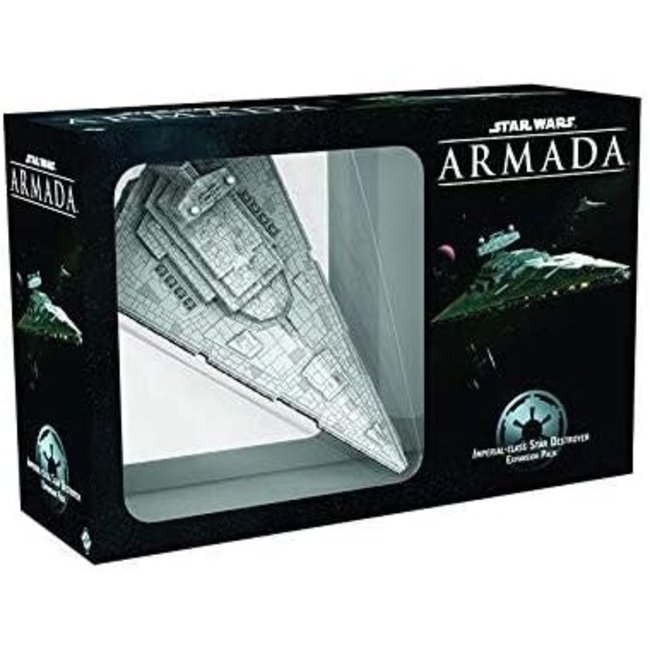 At the height of the Galactic Civil War, the Imperial-class Star Destroyer was the commanding cornerstone of the Imperial Navy, boasting enough firepower to bring wayward systems to heel under Imperial rule.The Imperial-class Star Destroyer Expansion Pack brings this behemoth battleship to your games of Star Wars: Armada with one pre-painted miniature, two ship cards, three command dials, eighteen upgrades, and all requisite tokens. Additionally, its upgrades allow you to snare your foes with a tractor beam and fly your fleet to battle under the command of Darth Vader.This is not a complete game experience. A copy of the Star Wars: Armada Core Set is required to play.

Within this expansion, you'll find the following Upgrade Cards:

The Imperial-class Star Destroyer Expansion Pack brings this behemoth battleship to your games of St..