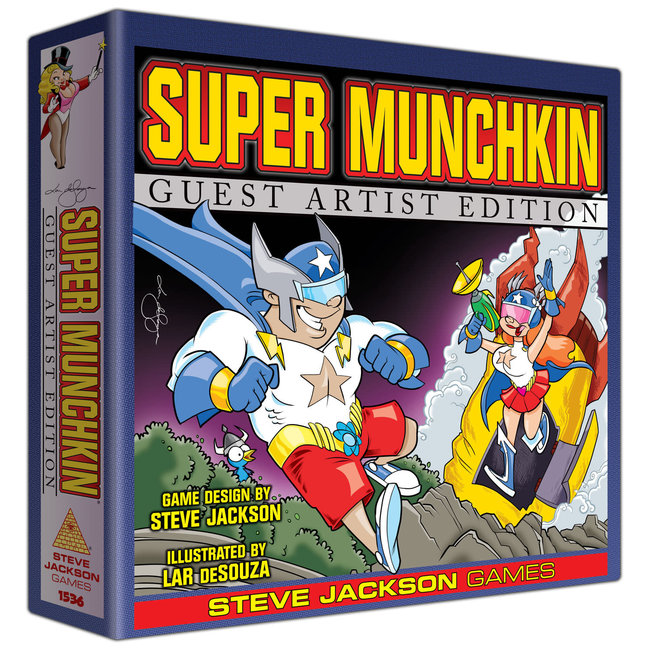 Celebrate 15 years of Munchkin with special Guest Artist Editions! Fly through the city. Smash the villains. Backstab your teammates and grab their gadgets. Reach level ten and win! Read more..

Fly through the city. Smash the villains. Backstab your teammates and grab their gadgets. Reach level ten and win!

Be a Mutant, an Exotic, a Mystic, or a Techno. Get bonuses from a Plot Device, the Telezapinator, some Heroic Angst, or the (jet-powered) Pogo Stick. The higher your Level, the more Powers you can have. Battle dastardly masterminds, devastating monsters, and invading aliens from the next dimension -- from the wimpy Bucketman all the way up to the Big Ol' Planet Eater Guy himself.

Super Munchkin Guest Artist Edition is a stand-alone game, which (of course) can be combined with other Munchkin games.

Lar deSouza is the co-creator of the Shuster Award-winning comics Least I Could Do and Looking For Group. He has received the Prix Aurora Award for Artistic Achievement in Canadian Science Fiction.