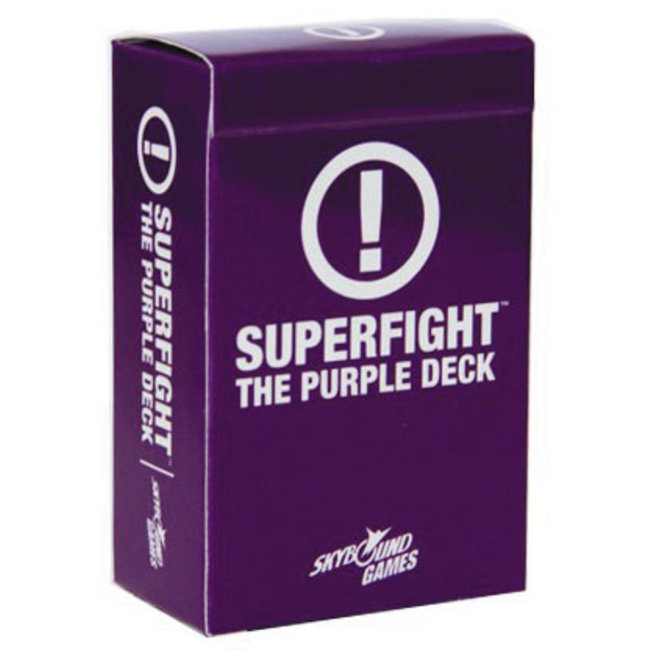 Superfight: The Purple Deck — an expansion for the Superfight party game in which players pit unusual characters with superpowers and superweaknesses against one another — consists of one hundred scenario cards that feature everything from land mines to kitten stampedes to disabling electric devices, adding an extra level of hilarious fun to every round.