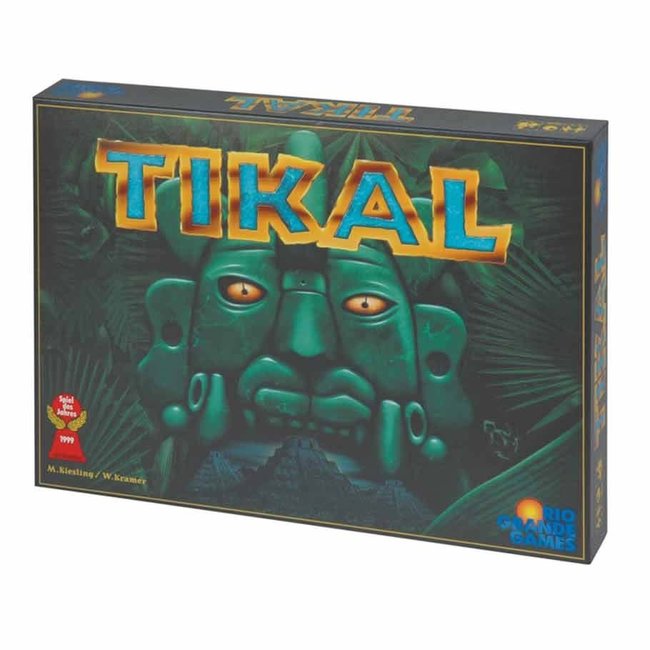 Explore and control ancient sites to score the most points! Read more..

Tikal is the most important and largest of all Mayan sites. It is located in the midst of an impenetrable jungle in northern Guatemala. The Mayans lived in Tikal from 600 BC to 900 AD, but little is known of the civilization that thrived there for 1500 years. Only a small fraction of the site has been excavated and investigated. Up to four expeditions plan to further explore the site to excavate and recover other temples and treasures.

Each player is the director of an expedition intent on exploring Tikal in search of the secret paths that lead to the temples and precious treasures that have remained hidden for over 1000 years. A player receives his points during four scoring rounds for each recovered treasure and for each temple that he controls. But, both temples and treasures can change hands. The expedition that earns the most points exploring Tikal wins the game. Tikal is for two players and takes about 90 minutes to play.

Explore and control ancient sites to score the most points!