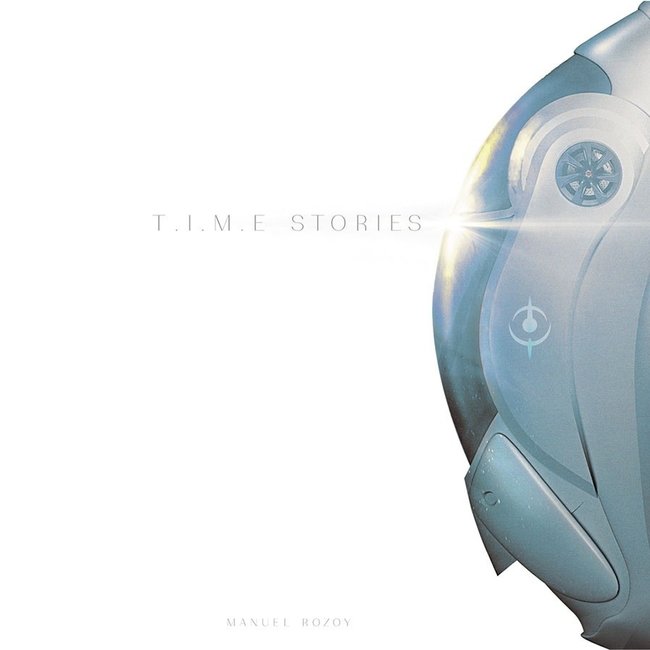 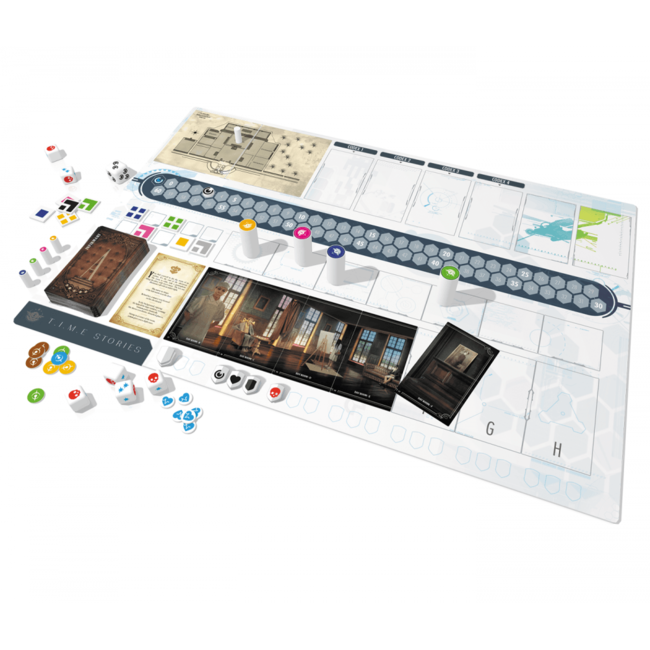 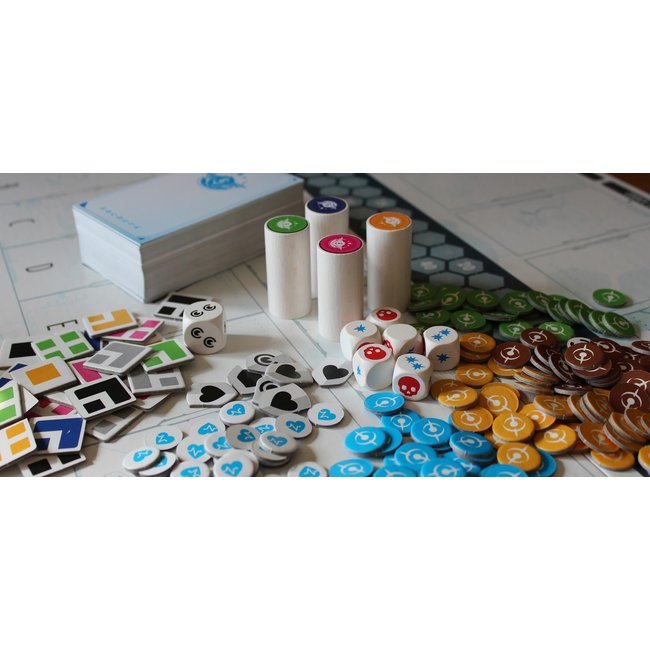 The T.I.M.E Agency protects humanity by preventing temporal faults and paradoxes from threatening the fabric of our universe. As temporal agents, you and your team will be sent into the bodies of beings from different worlds or realities to successfully complete the missions given to you. Failure is impossible, as you will be able to go back in time as many times as required.

T.I.M.E Stories is a narrative game, a game of "decksploration". Each player is free to give their character as deep a "role" as they want, in order to live through a story, as much in the game as around the table. But it's also a board game with rules which allow for reflection and optimization.

The base box contains the entirety of the T.I.M.E Stories system and allows players to play all of the scenarios, the first of which — Asylum — is included. During a scenario, which consists of a deck of 120+ cards, each player explores cards, presented most often in the form of a panorama. Access to some cards require the possession of the proper item or items, while others present surprises, enemies, riddles, clues, and other dangers.