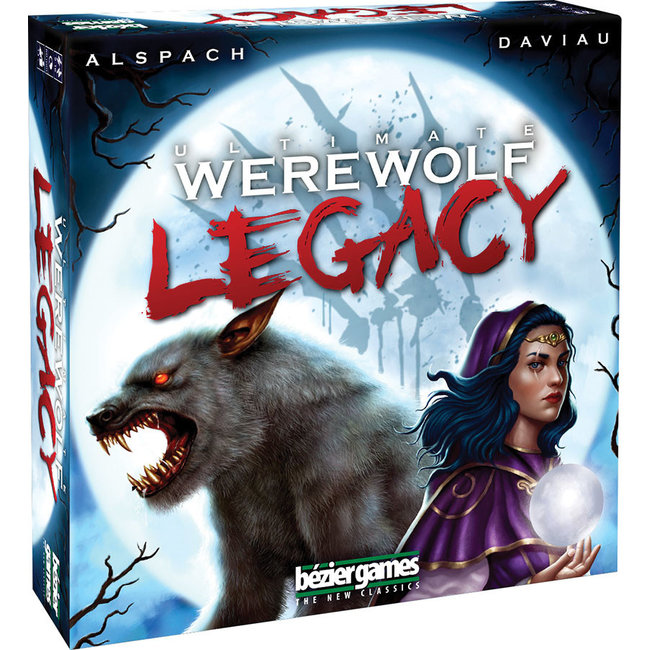 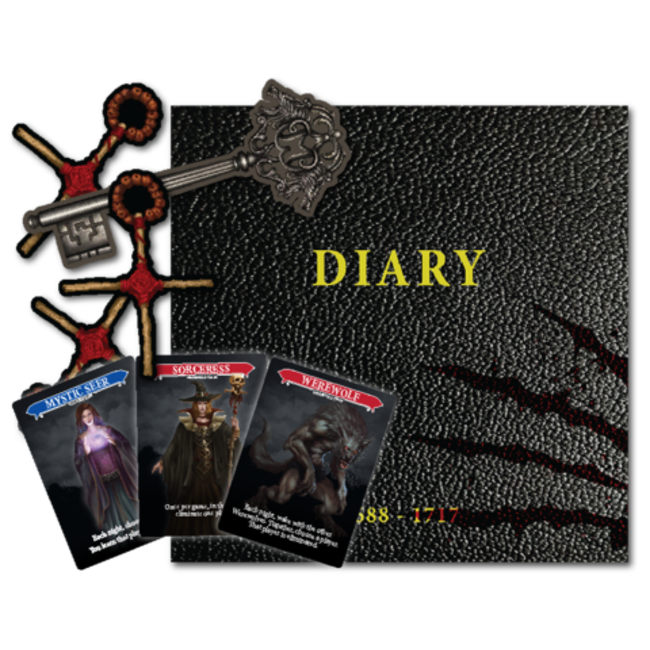 Ultimate Werewolf Legacy raises the tension and increases the impact of decisions made by the players, as everything that happens will impact future games. Read more..

Ages: 13+
8-16 Players
Playtime: 60 Minutes
In Ultimate Werewolf, players are given secret roles and asked to find whom among them are werewolves. Meanwhile, the players who are werewolves are trying to get rid of everyone else in the village before they are discovered. With a variety of special-powered roles thrown in, games require players to be alert and to deduce the actions of all of the other players in order to survive and win.
Ultimate Werewolf Legacy raises the tension and increases the impact of decisions made by the players, as everything that happens will impact future games. Players are each given a public Family Card in addition to their secret role card, and will team up with the other members of their family to work together…unless one or more of their family members is secretly working against them. Players can earn special abilities that carry over between games as well.
The Legacy aspect of the game isn’t limited to player evolution, however, as the village itself will change over time base on both the decisions of the players and the outcomes of each game session. There are multiple paths that the game may take, and as a result, the experience you have playing through the entire game will be different than someone else who is playing with another set of people. This also allows players to play through the campaign multiple times, with a different set of roles, rules, and environments each time.
At the center of Ultimate Werewolf Legacy is the oversized, 80+ page Diary, which walks the game moderator through every session. The Diary has been designed so that players with no previous werewolf playing experience can both play and moderate. The Diary is structured into 5 distinct chapters with 3 game sessions in each chapter, as well as an introductory Preface game session. Players can jump in and out for individual sessions, but they’ll have the most fun if they play all the sessions in a chapter. Each chapter can be played in a single evening. At the end of the 16 game session campaign, the Diary will be a record of exactly what happened in your village, and who was ultimately responsible for what it became over time.

Ultimate Werewolf Legacy raises the tension and increases the impact of decisions made by the playe..