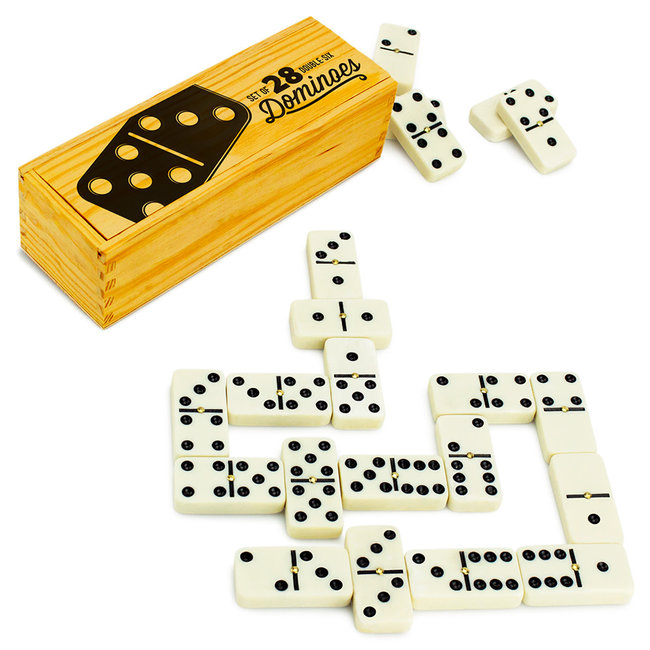 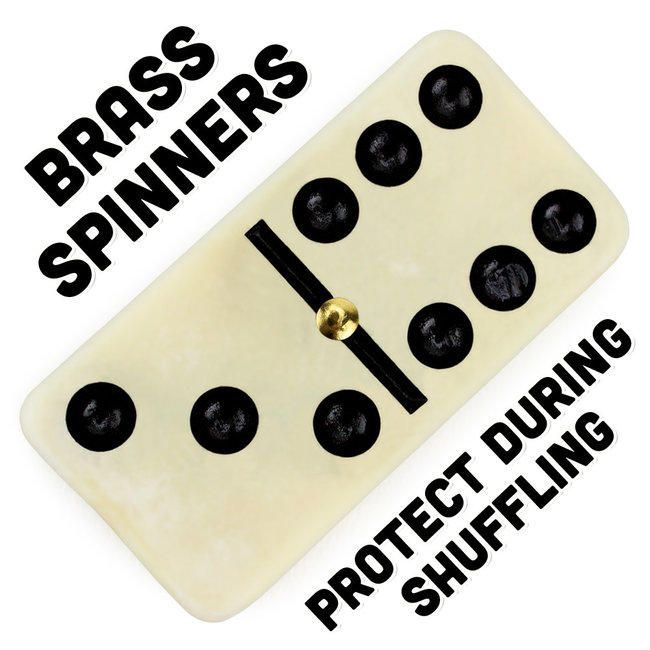 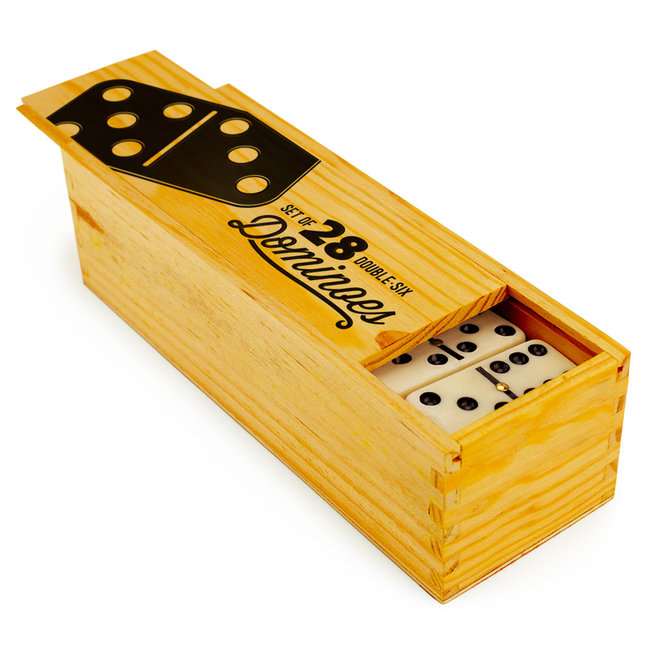 This set of 28 Double Six Dominoes is sure to provide hours of entertainment. Made with brass spinners and conveniently packaged in a stylish wooden storage box, Dominoes is a game that has several variations of play. Read more..

Popular since the 18th century, most domino games are blocking games, meaning the object of the game is to empty your hand while blocking your opponent from doing so. At the end of a game, scoring is based on the number of pips (spots on a domino) in the loosing player's hand. Blocking games require the use of double six dominoes. However, there are other variations of play, including scoring and drawing games. For scoring games, points are awarded based on certain configurations and moves. For drawing games, players can draw as many tiles as they want from the stack before play begins. The dominoes included within this set feature brass spinners, which were originally used when dominoes were made with ebony and ivory. The spinner was needed to hold the materials together. Today, however, spinners are mostly used for traditional appearances, to aide in shuffling so that the domino face is protected, and to help pivot dominoes during play. The wooden box included with this set measures approximately 7.75 inches long. The lid easily slides off for convenient domino access.

This set of 28 Double Six Dominoes is sure to provide hours of entertainment. Made with brass spinne..