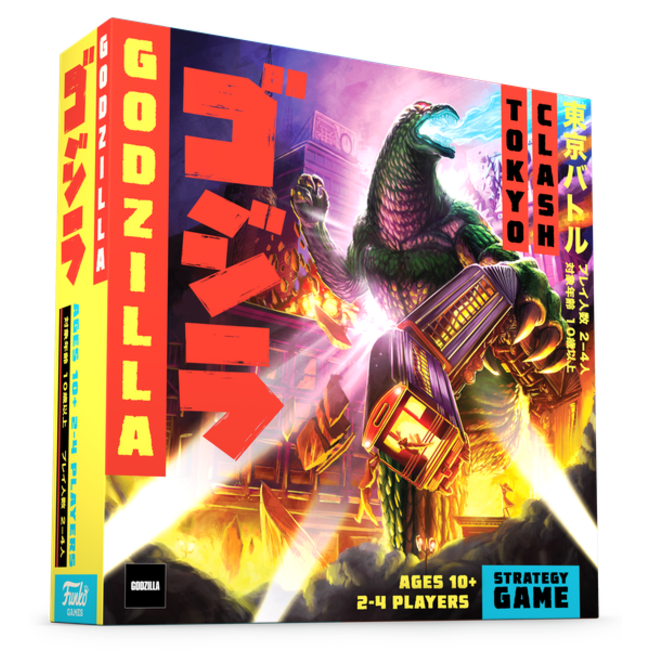 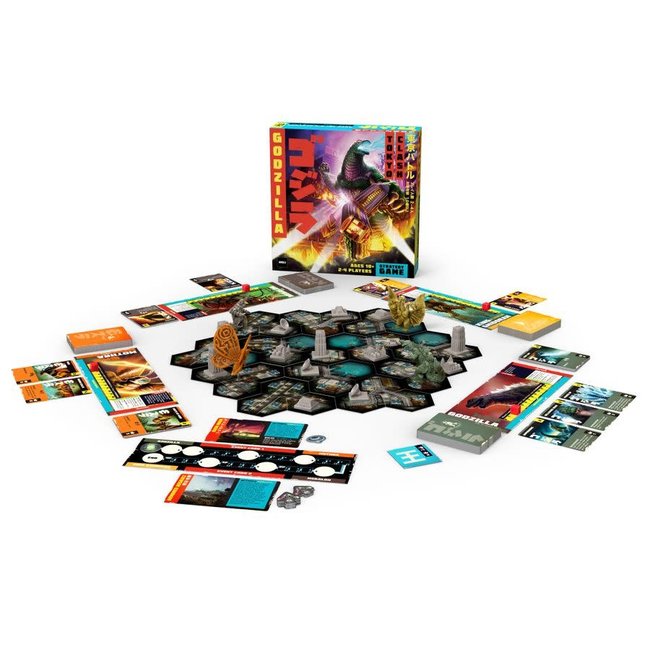 Kaiju rampage! Power up and attack rivals to become King of the Monsters. Read more..

Kaiju rampage! Power up and attack rivals to become King of the Monsters.

In Godzilla: Tokyo Clash, you play as the Earth's most fearsome Kaiju — Godzilla, Mothra, King Ghidorah, and Megalon — battling for dominance as the most terrifying monster in Japan. With detailed miniatures of the legendary monsters and a modular cityscape of 3D buildings to destroy, it's an epic battle every time you play!

In more detail, each player has their own deck of cards unique to the kaiju they control. As you throw trains and tanks at the opponents and attack them directly to cause damage, you can burn cards out of their deck, reducing their options on future turns. As you stomp through the city, you can earn energy, which can help you lay out permanent enhancements to your abilities.

Kaiju rampage! Power up and attack rivals to become King of the Monsters.