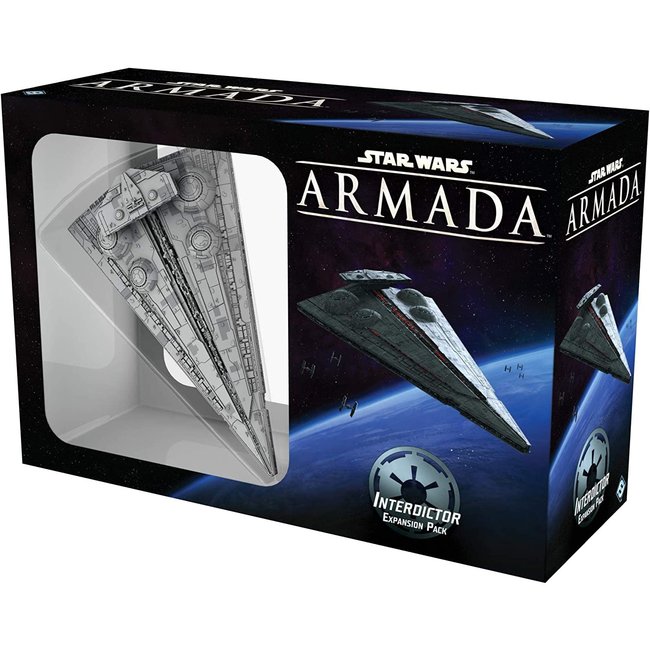 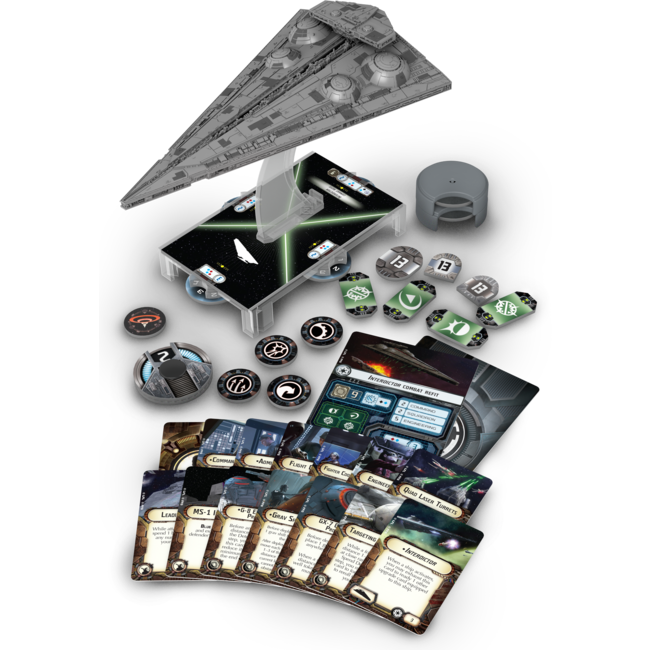 The Interdictor cruiser was designed a major part of the Empire's response to the elusive Rebel threat. Its gravity-well projectors are capable of wrenching enemy ships out from hyperspace, and its deployment along one of the galaxy’s hyperspace lanes can spell doom for unsuspecting Rebel captains. The Interdictor Expansion Pack introduces the Interdictor miniature as a medium-base Imperial ship, as well as two ship cards, and fourteen upgrades, including the new Experimental Retrofit upgrades, gravity well projectors and grav shift reroutes.