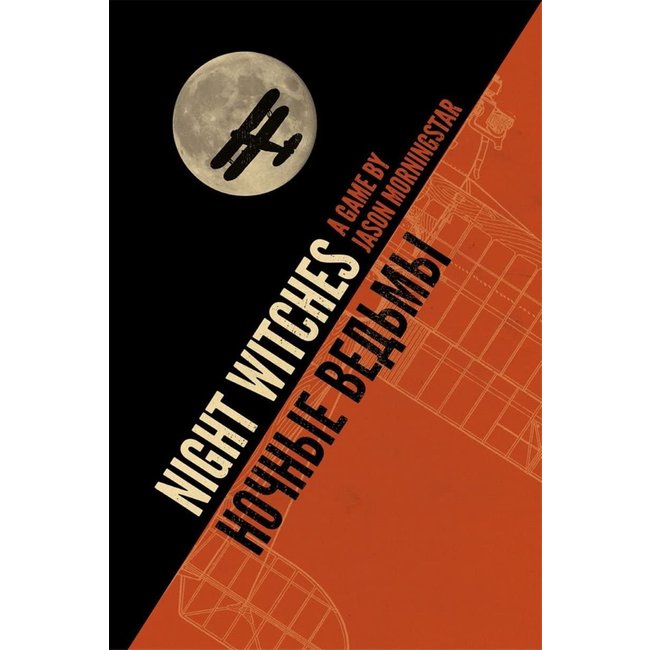 There was a night bomber regiment in World War Two composed entirely of women. Natural-born Soviet airwomen.These 200 women and girls, flying outdated biplanes from open fields near the front lines, attacked the invading German forces every night for 1,100 consecutive nights. When they ran out of bombs they dropped railroad ties.

To each other they were sisters, with bonds forged in blood and terror. To the Red Army Air Force they were an infuriating feminist sideshow. To the Germans they were simply Nachthexen—Night Witches.

Night Witches is a tabletop role-playing game about women at war. As a member of the 588th Night Bomber Regiment, you’ll answer the call of your Motherland in her darkest hour. Can you do your duty and strike blow after blow against the Fascists? Can you overcome discrimination and outright sabotage and rise above your sexist comrades? Are there limits to patriotism—or endurance? Play Night Witches and find out!

Night Witches requires 3-5 players, who will take turns in the role of game master during the game. It can be played for a single two-hour session or expanded into a literal campaign following the Regiment across the entire Second World War. Either way, you’ll tell an epic tale of heroism and sacrifice that honors the women who did it for real.