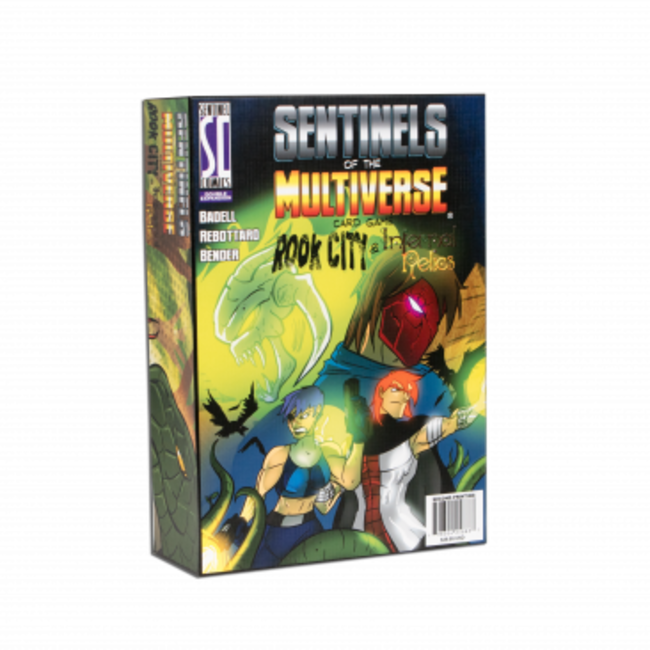 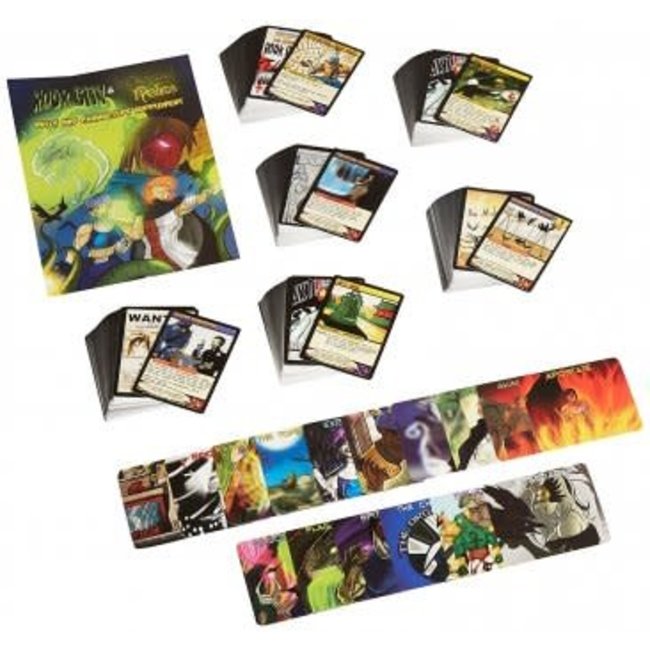 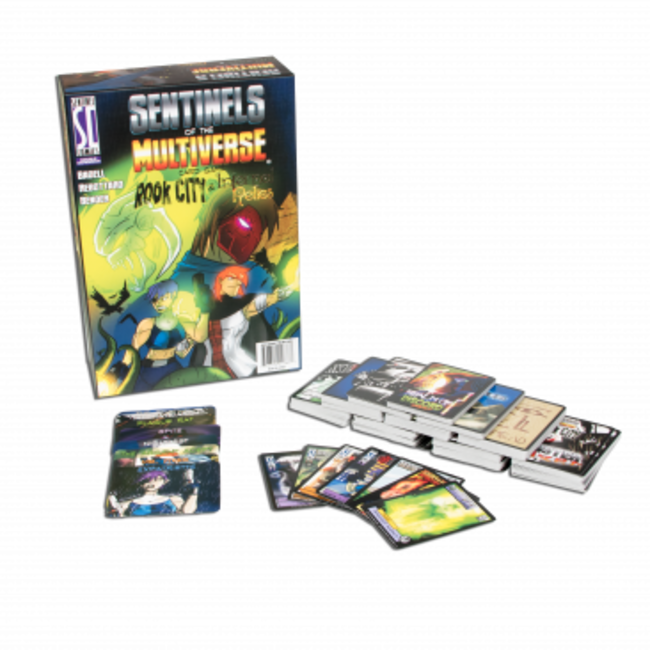 This double expansion combines Rook City and Infernal Relics, the first two expansions to the Sentinels of the Multiverse card game, in a single box.

Dark streets, vile sewers, and twisting alleys; all home to the terrible criminals that control this city. Welcome to Rook City, where evil never sleeps.

Sentinels of the Multiverse: Rook City is the first expansion for the cooperative comic-book themed card game! It features 2 grim heroes, 4 terrible villains, and 2 challenging environments. Besides just expanding the number of characters and settings available to players, Rook City introduces new mechanics and exciting new challenges, while still maintaining the rules that make Sentinels of the Multiverse fun!

Famed board game designer Richard Launius, (the brains behind Arkham Horror, Elder Sign, Defenders of the Realm, and many more!) joins the team of Greater Than Games for this exciting new Sentinels of the Multiverse expansion! Richard worked with Adam, Paul, and Christopher on making the characters and challenges of Infernal Relics come to life through story and gameplay.

The 2 in 1 Co-Op Comic collection expansion!