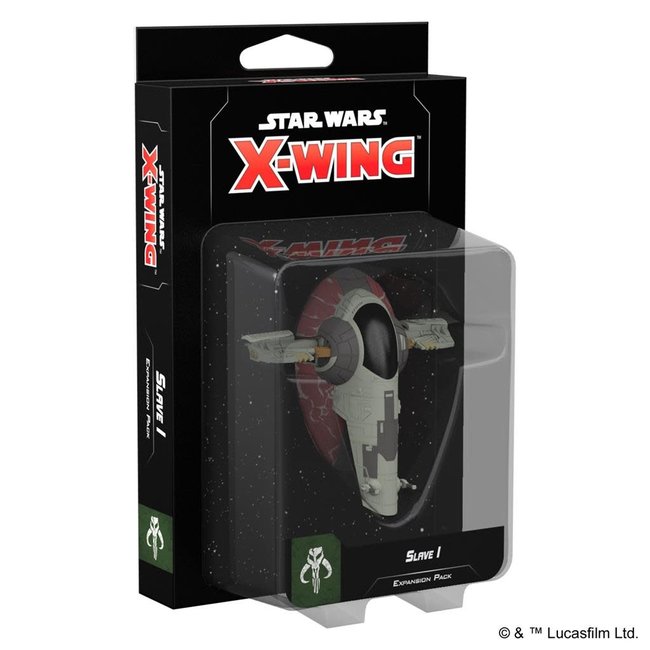 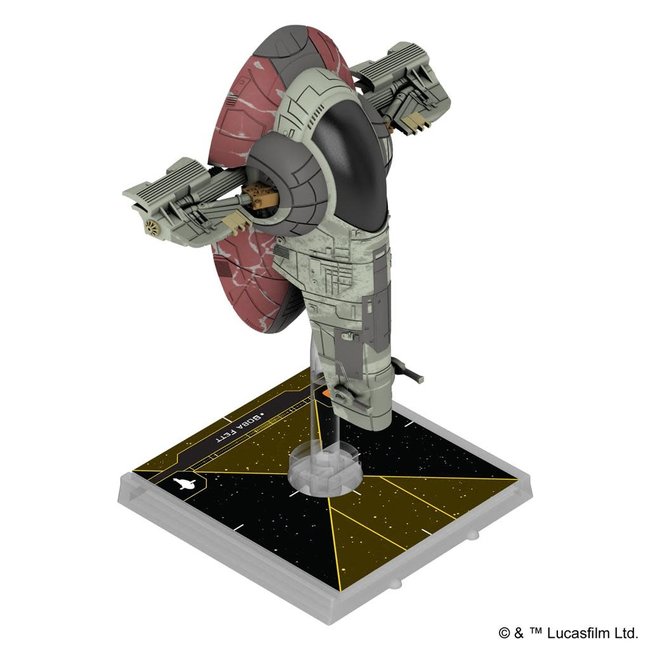 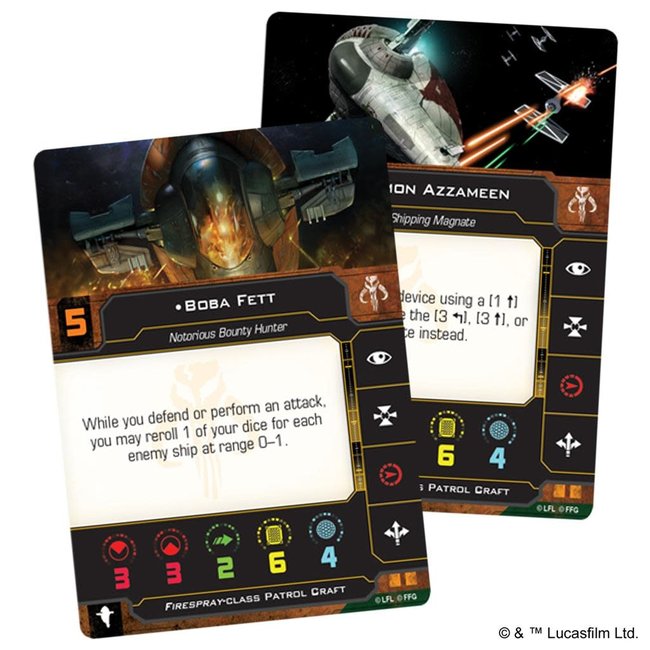 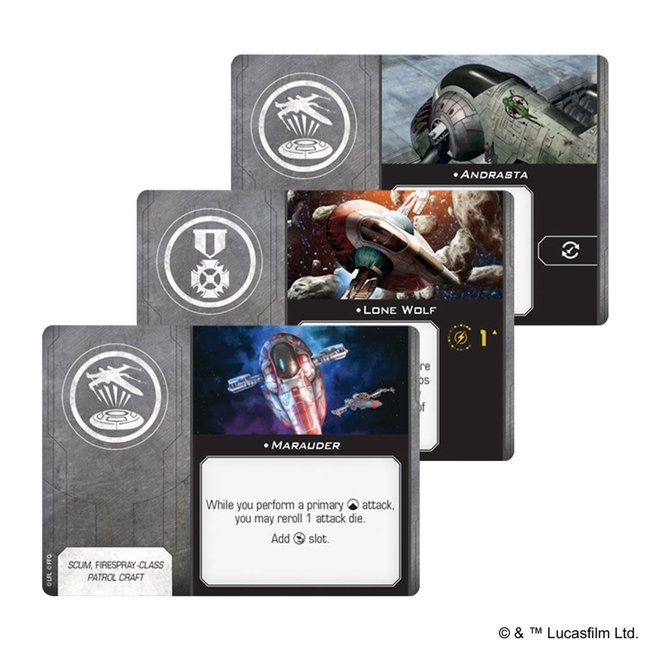 The Slave I Expansion Pack includes a beautifully pre-painted ship miniature along with a maneuver dial and all the ship cards and upgrade cards you need to supplement your squadron with this versatile ship. Read more..

While the pilots of the Empire and Rebellion fly in the name of their beliefs, Scum pilots have little concern for political conflicts. Rather than declare allegiance to one side or another, they are only concerned with one thing: profit, no matter how it's obtained. And no one in the galaxy is better at tracking down their quarry and collecting the reward than the infamous Boba Fett.

The Slave I Expansion Pack includes a beautifully pre-painted ship miniature along with a maneuver d..